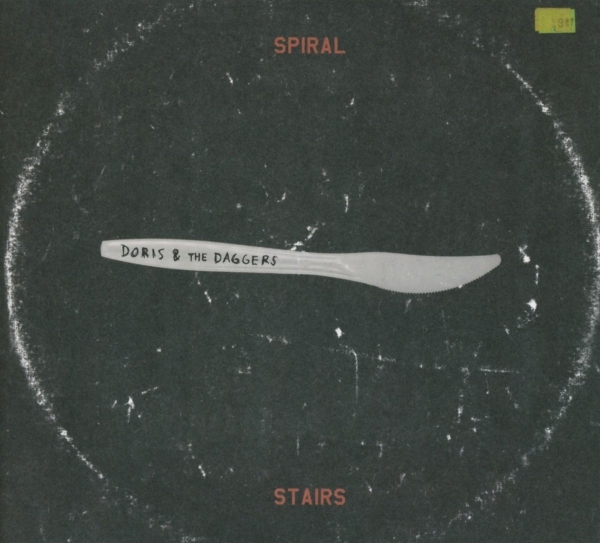 Scott Kannberg’s natural commitment to not forcing music into existence is admirable. After promotional momentum for his first album as Spiral Stairs was sidetracked by Pavement’s reunion run in 2010, life continued to get in the way, but it has also surely made Doris and the Daggers richer for it.

After the Pavement tour, Kannberg and his family moved to Brisbane, then Los Angeles, and they now reside in Merida, Mexico. Major changes of scenery were one factor in the creation of Doris and the Daggers. Mortality was another. The birth of his daughter is recounted endearingly in the horn-rimmed “The Unconditional” (“She came out sideways / Her head tilted just so / And when the nurse found out what I was to call her / I knew it was time to go”).

Then there’s the unexpected death of Darius Minwalla -- who had drummed with Kannberg as far back as the formation of Preston School of Industry after Pavement’s break-up -- that weighs heavy on the album’s end. Minwalla’s memory lingers in both “Angel Eyes” (“Little D, such a good friend to me / Those rosy cheeks that girls could not deny”) and “Exiled Tonight” (“I had this dream last night / I looked into the mirror / You were still alive / But holed up in Tel Aviv”), and the miniature psychedelic freakout closing title track ends with a recording of Minwalla’s voice.

Kannberg gets by with a little help from his friends, though, and Doris and the Daggers is a largely upbeat affair. Broken Social Scene’s Justin Peroff pulls drum duties, and his bandmate Kevin Drew adds his voice to “Emoshuns”, the record’s biggest guitar pop blast, a song that dates back to a collaboration with Drew at the 2008 Sled Island festival in Calgary. Elsewhere, The National’s Matt Berninger contributes vocals to “Exiled Tonight”, and singer/songwriter Kelley Stoltz plays guitar on “AWM”, a dirt road indie rock tune highlighted by the comfortable folk-style accompaniment.

Doris and the Daggers may open with a call to “dance away the pain”, but there are also carefree times to recall, like “Dundee Man”, a breezy rolling Scotland travelogue that begins in ‘Edin-berg’ and name-checks some major tourist highlights save for Scotch and shortbread. Kannberg-led songs on Pavement albums were always immediately identifiable not just for his voice, but also for their lack of lyrical obfuscation. His perspective remains direct and perhaps more openhearted than ever.