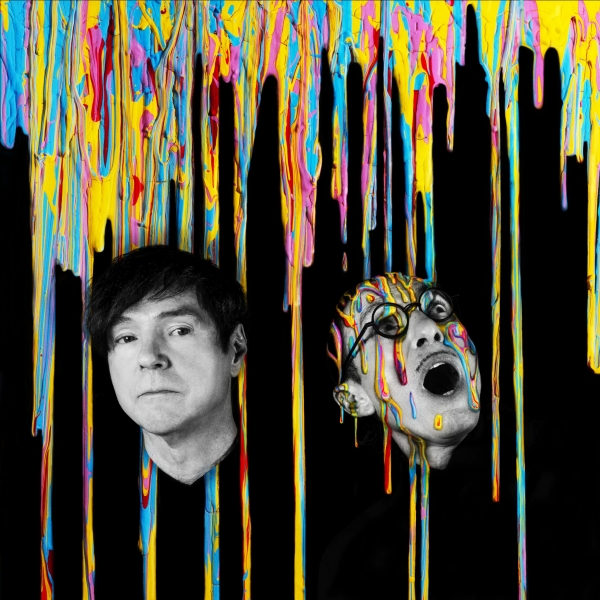 24 albums into their career, the prolific art-pop progenitors continue their mercurial reign, subversive as ever, in line with the Sparks name.

With just over five decades racked up in the music business, the Mael brothers have upheld a remarkable streak of pre-empting and challenging trends, with their influential brand of satire-steeped glam-rock consistent in its zeitgeist disrupting zeal. Forever lyrically and sonically ahead of the curve, the siblings have yet to let their feet off the pedal; having penned upcoming film Annette, starring Adam Driver, while a Edgar Wright-directed documentary waits in the wings, chronicling the band’s iconic status and cult fandom. Following the UK top ten-charting Hippopotamus, the duo show no sign of relinquishing their currency or singular off-kilter crown.

A Steady Drip, Drip, Drip, as such, finds Sparks flourishing at a critical juncture, tapping into the general milieu on a level not originally envisaged, with tracks such as the environmentally focused “Please Don’t Fuck Up My World” lent further portentous bite amidst the ongoing pandemic. Since debuting in the early seventies, the duo’s acerbic wit has remained the secret to their futureproofing success; traces of the band’s earlier eras permeate through their latest without indulging a staid state of nostalgia. Russell and Ron Mael have certainly proved reliable masters of negotiating between the nuances of identity and contemporary taste; dalliances that yield gems such as “iPhone”, channelling the frustrations of many in its simple request: “Put your fucking iPhone down and listen to me.”

In similar spirit, opener “All That” brims with pure power-pop fizz, an upbeat, in part Beatlesque number that sits neatly alongside “I’m Toast” and “Lawnmower”, with its gentle parody of suburban humdrum: “The neighbors look in awe at my lawnmower / With jealousy and awe at my lawnmower”. The synth strokes of “Pacific Standard Time” recall the band’s mould-breaking late '70s/early '80s Giorgio Moroder-produced phase, while the piano-layered “One For The Ages” is broadly defined by baroque-pop tectonics that, though familiar, burst with immaculacy. Russell Mael’s falsetto gymnastics fail to abate, adorning the splendidly ironic “Self-Effacing” in Kimono My House-era fashion; “Stravinksy’s Only Hit” striking a sardonic, tongue-in-cheek note vis-à-vis the composer’s legacy: “All he misses is a midnight massage / Platinum record, probably in his garage”.

Sparks’ avant-garde tradition is freshly lacquered on A Steady Drip, Drip, Drip, a track record injected with further potency during dystopic times. Jaunty melodies juxtapose with typical wryly wrought themes, levity undercut with social critique - the brothers’ inimitable style at its finest on an album that represents one of their most prescient and much needed.