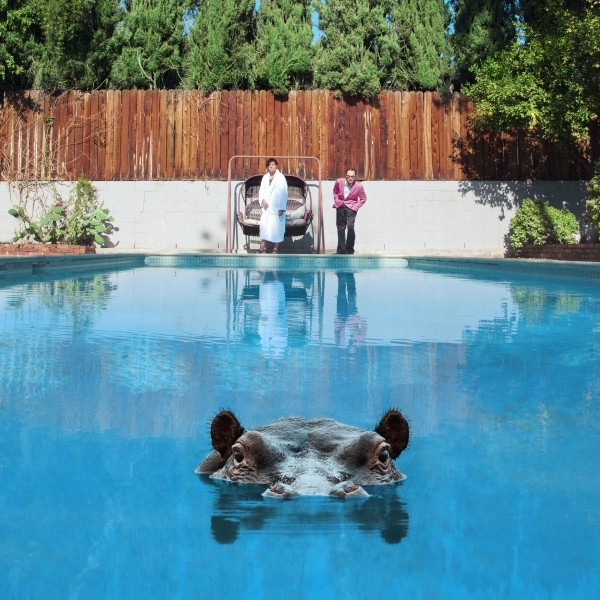 Since the early 1970s, Sparks have existed in a parallel bubble universe to the rest of the music industry.

Aside from a couple of times when they have aligned with popular taste – a couple of top 10 hits in the mid-70s, a brief flurry with Franz Ferdinand as the stuff-of-dreams supergroup FFS in 2015 – brothers Ron and Russell Mael have continued making clever baroque pop that’s unconcerned with musical trends, and of a consistent high quality.

New album Hippopotamus is more of the same, but in the context of Sparks’ career that’s a delight rather than a disappointment.

Just a glance at the track listing is enough to make any Sparks fan want to stand up and start applauding: “I Wish You Were Fun”, “What the Hell is it This Time?”, “So Tell Me Mrs. Lincoln Aside From That How Was the Play?” – who has jokes this good after working in any medium for 40+ years? Each song is full of obscure character studies, strange fantasies, and clever observations of contemporary life: On “Scandinavian Design” we hear from a devotee of the Scandi-cool lifestyle (“I’ve got nothing but a table and two chairs/but they’re beautiful”). “Giddy Giddy” is a bizarre tale of a city overtaken by mass-hysterical outbreak of giddiness (“everyone displaying an immense amount of giddiness”).

Writing about Sparks can often feel like rendering a joke unfunny by explaining it, because so much of their success is in the performance: Russell Mael can make even the most idiosyncratic notions convincing with his vocal performance, and Ron Mael’s music is equally weighted between seriousness and Dada-esque outlandishness: “When You’re A French Director” is full of absurd sound effects and accordions, but this belies the complexity of the arrangement and the deftness of the instrumentation. Hippopotamus feels like the latest volume in an alternate cultural history formed of all the weird things that only Sparks are audacious enough to make songs about. It’s an admirable commitment to silliness.