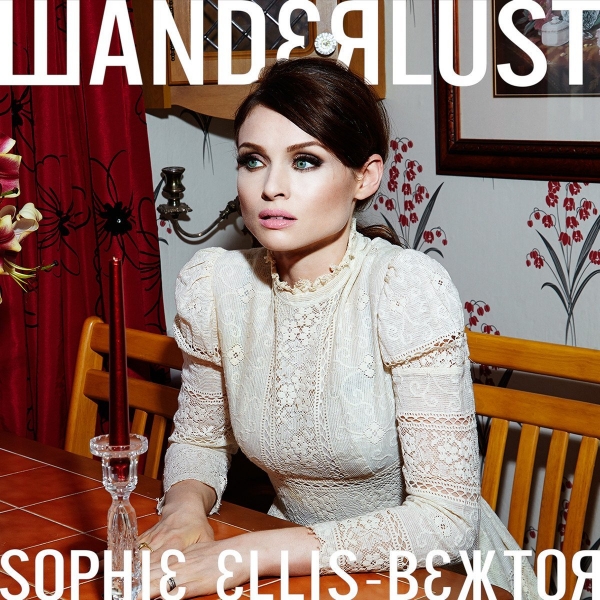 What is it with the word ‘Wanderlust’ lately? Polly Scattergood’s got it, Wild Beasts too, and now pop force Sophie Ellis-Bextor has caught the fever. Indeed, she’s wandered quite some distance from her dance-speckled past. At the beginning of the process, Ellis-Bextor was quite candid about a change of direction (an idea made quite real, likely in no small thanks to Ed Harcourt, who produced it). If you’re looking for another “Murder On The Dancefloor”, then you’re about a decade late. A lot of seismic, cataclysmic evolutions have taken place, and the Ellis-Bextor of then has morphed. It’s exactly like Jekyll and Hyde. If Jekyll’s a bit sassy and Hyde’s kind of a dreamer, that is.

Lead single “Young Blood” dropped almost a year ago, back in April 2013, as a free download. It’s a bucolic snapshot of rural English countryside; very Austen-esque, very placid. If you could bottle Sunday morning in the Cotswolds, then this is surely what you’d have. Much of the instrumentation is tinkled ivories and sweeping flourishes of cinematic strings. That’s true for the entire record, really. “When The Storm Has Blown Over” feels like something Leonard Cohen may have once written – The fizzy fretwork shares a timbre with Jeff Buckley’s version of “Hallelujah”. “Runaway Daydreamer” soars above the clouds, enormous swelling rom-com tides softly crumbling underfoot. It’s pretty Disneyfied, and if you’ve already had a lot of saccharin today, you might OD on the sugar, but in small doses it’s perfectly uplifting.

In reality this record sounds not unlike the OST for a grandiose flick on par with Moulin Rouge. It’s gaudy, embellished with crushed velvet and burnished brass, but effortlessly romantic, in all senses of the word. It sways and blushes and puff its chest; there’s a lot of strength, and multiple morals to be taken away. Yes, it’s got a campy drama queen vibe, but that hasn’t stopped us from loving Florence + The Machine or Hurts now, has it? It’s a dark, fantastical mammoth, lit by oil lanterns and set a century past, and although we sadly don’t have the surrounding narrative, there’s a very specific tone here. Some tracks escape that overarching tableaux, typically the calmer ones, but they provide a nice contrast.

There are some waypoints that genuinely infer Ellis-Bextor’s wanderlust. Opener “Birth Of An Empire”, replete with exotic Eastern strings and power-pop rock belting ignites notions of an Arabian bazaar or the back alleys of Moscow (though it’s actually about motherhood); it’s atmospheric, even if the backing vocals resemble Jem’s “They” at times. It’s even vaguely gothy – not seriously dour, but a theatrical, swooning elegance like Evanescence. “13 Little Dolls” is stocked full with rambunctious cajones; presumably referencing Matryoshka, Ellis-Bextor whooshes through electroclash bombast and tribal garage rhythms. It’s loud, it’s fast, it’s sort of inane (she sure can count to thirteen a lot), but it’s got 10CCs of adrenaline and more spirited strutting than a rooster impersonating Elvis.

Through all its globe-trotting nuances and outlandish statements of grandeur, it’s a striking pop record. There isn’t any of the instant-gratification number one bait, but rather an anthology of subtler tunes – showcasing first and foremost the reason we fell in love with Ellis-Bextor all those years ago: her voice. Even at it’s most off-the-wall, you can still feel like you’re swept up in her pop world; you’ll be eager to jetset off on the next adventure, arm-in-arm with the storyteller herself.