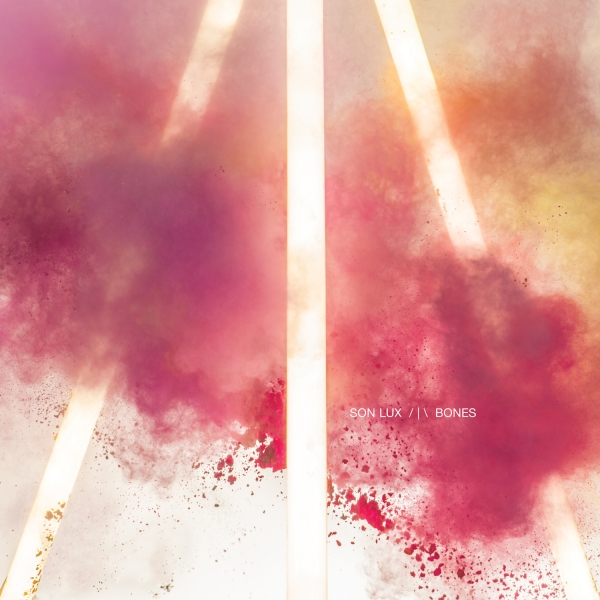 The name Ryan Lott might not be one you’ve heard of – yet – but he gets about a bit. Lott scores music for film (The Disappearance of Eleanor Rigby and Cara Delevingne’s debut as a movie lead, Paper Towns) and is one third of experimental alternative hip-hop trio Sisyphus, along with Serengeti and Sufjan Stevens.

Lott, plus bandmates Rafiq Bhatia and Ian Chang, represent the current incarnation of Son Lux. Bones is the third EP released under this moniker.

The album has been described as response to the unfolding political struggles in the U.S.A. and elsewhere, particularly “You Don't Know Me”, which has been described by guitarist Rafiq Bhatia as “an open letter to anyone who misuses political and religious philosophies to subjugate and oppress their sisters and brothers”.

This radical, oppositional political stance is matched by an equally raucous sonic landscape. Gone are the smooth, Portishead-like vibes of 2008's “Stay” - an intoxicating, sultry blend of back beats and Rhodes. In its place, relentless four-to-the-floor beats jostle for space with crazed guitar solos and angry brass stabs. Lott even decided to keep his first-take vocals, recorded when he was suffering bronchitis, in an attempt to keep the rawness of his initial performance.

Bones is not what you would call an “easy listening” album. Nor is it meant to be. At times this can be disconcerting - “White Lies” moves from majestic choral grandeur to mental acid house in the blink of the eye. But, for the most part, Lott and co.'s taste for the wildly experimental produces some interesting juxtapositions.

“Undone” slides from intensely rhythmic tabla and kit and drumming - charged with anxiety and unease - into luxuriant lounge jazz. “Now I Want” populates a landscape of sparse synth with the powerful exclamations of a gospel choir and drumming reminiscent of Gamelan. The lyrics echo the texts of spirituals ( “I will lay my weapons down”), allude to heartfelt emotional struggle and culminate in the cry “now I want to be free”. It's hard to think how the palette of this LP could be broader.

That said, Son Lux's familiar sense of expansiveness and enormity on a cosmic scale can be found in “This Changes Everything”. Fragments of a choral performance are shuffled and rearranged beneath Lott's cries and handclaps, which propel the track forward with an appropriate sense of magnitude.

“Breathe In” and “Breathe Out” both open and close the album, respectively, with an eery sense of delicate menace. This is precisely the kind of atmosphere that Son Lux specialise in creating. It feels like music made by a lonely cosmonaut: isolated, staring down onto the world with a mixture of awe, terror and sadness. Or perhaps that's just what you feel reading the morning news. You decide.

Bones is a remarkable, chameleonic entity. Drawing on everything from Bach chorales to dubstep via 90s R&B, Lott, Bhatia and Chang take tracks to completely unexpected places - which means that, even after several listens, Bones remains a record which keeps you on your guard.