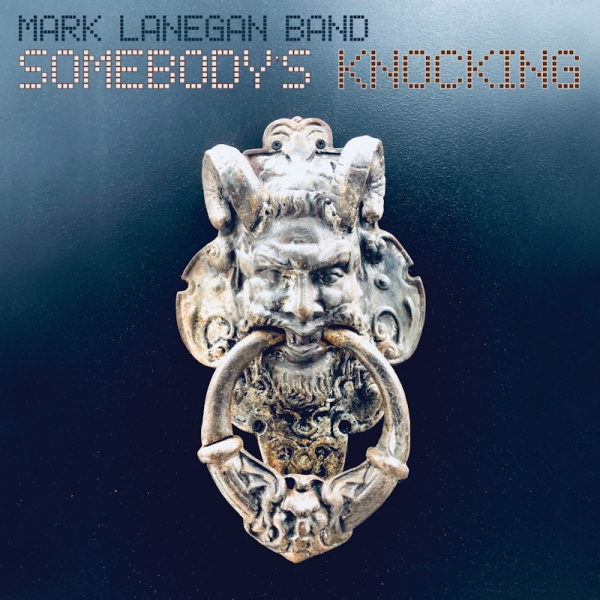 Mark Lanegan has such a wide and varied discography that it’s almost impossible to demonstrate the extent of his genius convincingly.

How do you like your Lanegan? Grunge figurehead? Whisky-blooded blues crooner? Crepuscular electropop devil? King of the Goths? He’s played so many roles, so many times, so convincingly and so earnestly, that you’d be forgiven for losing sight of it all.

He’s made classic albums with his bandmates in Screaming Trees. He was – and still remains for some – the voice of the best Queens Of The Stone Age songs. He’s collaborated with Greg Dulli, Isobel Campbell, Duke Garwood and Soulsavers – making spectacular music with each of them, sometimes two or three albums worth at a time.

For someone who has been at the top of their game for so long, with so little recognition and so little thanks, the man shows no signs of slowing down. In actual fact, with every album you’re reminded that he’s still tapping a rich vein of form that means everything he touches turns black. This gloriously gothic second phase of his solo career – the albums post-Bubblegum – has been unbelievably consistent, to the point where every new album has fans stood outside his shows discussing whether it’s their new favourite record.

Somebody’s Knocking, his fifth solo album since Bubblegum, represents the culmination of the entire project: it’s the completion of the trajectory his solo albums have taken in the past ten years. Ever since the sizzling leather jacket rock of Bubblegum, he’s been pushing at synthesising a frigid, coal-black blend of Joy Division and early New Order, Sisters of Mercy, Violator-era Depeche Mode and The Gun Club. At every opportunity, he’s been eagerly talking up his influences (European dance music and early post-punk), readying his old listeners (specifically those still hung up on the dry grunge of Screaming Trees) for another blast of icy rock ‘n’ roll. Along the way, he’s also relied on his cracked leather, tar-stained howl to force some songs to fit the overall aesthetic of each album rather than having them fit organically through the songwriting, as though the influences were stronger in mind than they appeared on tape.

Opener “Disbelief Suspension” is full of sonic callbacks to his dearly departed buddy Jeffrey Lee Pierce, and Pierce’s fellow rockabilly hellions The Cramps and The Flesh Eaters. The guitars twang and hiss with reverb, the drums smack, the bass throbs – all the while, Lanegan yowls about acid in droppers and tasting the shame. “Letter Never Sent” is darkly psychedelic, with a pummeling programmed drumline and glittering shards of guitar being fired in all directions. The programmed drums are no less intense than the drums on Iggy Pop’s “Funtime”, and the music around them is no less sinister.

The explosive drums that open “Night Flight to Kabul” are, for lack of a better term, fucking massive. “... Kabul” is a monstrous, titanic evocation of the golden age of Gothic Rock, drawing its black mood from The Psychedelic Furs, Echo & the Bunnymen, early Peter Murphy and Siouxsie and the Banshees, while Lanegan delivers his best Satanic sermon about growing horns and hooves. Not since David Bowie’s “African Night Flight” has somebody made night flying sound so sinister. You may not agree that it’s the best song of Mark’s solo career, but you must agree that showcases everything he does well these days: sinister poetics that evoke Sylvia Plath delivered by a strikingly lean, weathered baritone that hits the same pleasure centres as Leonard Cohen and Iggy Pop, set against a deftly constructed musical backdrop that falls like a shroud over proceedings. Haunting stuff, “...Kabul”, and magnificent.

Keeping the intensity set to ‘maximum’, next you have the suffocating eeriness of “Dark Disco Jag”, filling the gap he always leaves for a “Floor of the Ocean” or a “Harborview Hospital”. It’s a gloomier, more sedate sound than “...Kabul”, offering a respite of sorts before “Gazing From The Shore” flattens you with booming, thunderous gothic rock a la The Cure’s “Fascination Street” or “Burn”. It could be a trick of the mind, but Lanegan pushes his voice towards the top end of his register in the pre-chorus (“Hanging from a line...”) until he sounds a little like that young whippersnapper Paul Banks.

“Stitch It Up”, which was the first song from the record Lanegan played live, is a hyperactive blast of sonic shrapnel, crusty and fuzzy and damp with perspiration. In terms of the live arena, instead of using Joy Division’s “Atmosphere” to close his sets, Mark will now presumably be using “Playing Nero”, which is essentially the same song from a sonic perspective.

“Penthouse High” is a leftover from the Gargoyle sessions, and it’s strikingly obvious in that it’s sharper and has a lighter touch than the songs composed for this record. That’s not to say it doesn’t fit, but rather that it has a shiner, Pet Shop Boys-esque synth sound, rather than the scummier, greasier tones of this record. Hilariously, the lyrics feature nods and winks to both Elvis’ “Suspicious Minds” and the 13th Floor Elevators’ “Slip Inside This House”. What makes it essential to the set is that it offers a dose of high-gloss lustre that the album wouldn’t have if it wasn’t here. A joyous accident, for sure.

Across the six(!) other songs on the set, you have highlights like the Joy Division clangour of “Name and Number”, featuring the Hook-iest bassline you’ll hear this week. You also have the mid-'90s baggy-goth of “War Horse”, the rolling muscularity of “Radio Silence”, the broken-hearted acoustica of “Paper Hat” and the oddly serene end-credits vibes of closer “Two Bells Ringing at Once”. You also have the brilliance of “She Loved You”, which teases you with the threat of techno/Junkie XL mayhem before morphing into a grandiose post-punk strutter of a love song.

One day, Lanegan will release a compilation of the best solo material he released in the post-Bubblegum years, and it will demonstrate beyond all doubt that these are the best albums he’s ever made. Somebody’s Knocking represents the point of no return – he's finally surpassed his past achievements, forgotten his past lives, cast off his old names and fully solidified his position as the pre-eminent ruler of the dark kingdom of gothic rock.