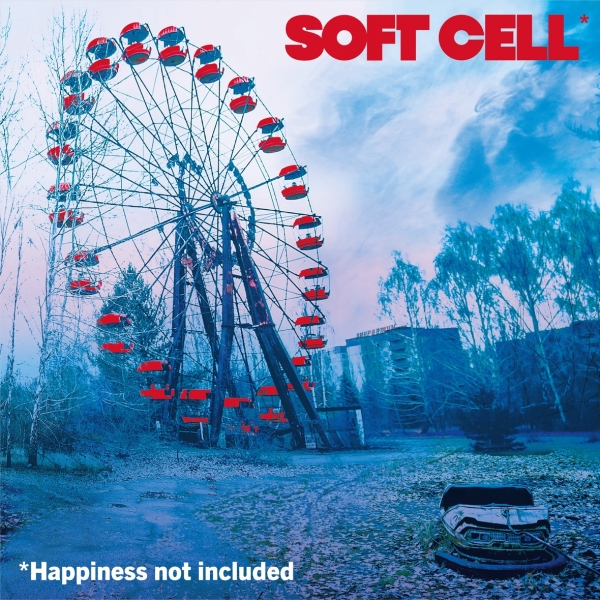 When Soft Cell announced they would play their last ever gig at the O2 in London back in 2018 it felt like a full stop, but being one of Britain’s most contrary acts this happy ending proved to be premature.

The fact Dave Ball and Marc Almond are still alive and relatively with it enough to record a new album, the follow up to their previous reunion album, 2002’s Cruelty Without Beauty is a minor miracle. The flavour of Happiness Not Included is one of world weariness peppered with salacious reflections of tales of past. Opener "Happy Happy" has Almond lamenting on an ever-changing world, "I remember a past that told us of the future / Rocket ships and flying cars, other people lived on Mars". Soaring synth-strings and dramatic backing vocals, and the repeated line of “Science fiction stories told us of our future” is literally the most Soft Cell line ever written and a great opener.

"Polaroid", is a highly listenable look back on the period where they hung out at The Factory with Andy Warhol and his various muses, remembering the pictures taken at the time. Almond’s skill for storytelling managing to save the song from some of the most toe-curling lines he's penned to date, also rescued by Dave Ball’s relentless techno backbeat.

The dystopian future they warned us about four decades ago is upon us, here they rip off the plaster. The doom laden gothery of "Bruises on My Illusions" is a perfect update of the darkness they sprinkled over their final album of the '80s, the musical paranoia clearly a reclamation of the sounds Martin Gore took when Depeche Mode decided to turn the darkness up. Equally as murk-laden, the angry title track has Almond coming off all electro-Victor Meldrew; “Everything in this scene is offensive, that’s why we’re always on the defensive / Our social media makes us slaves, like children we have to be told to behave” the inherent bleakness and tinkling keyboards referencing one of their very best songs, "Heat", and proves to be a highlight. Just as good is the gorgeously weary "Light Sleepers", with its lethargic synth arpeggios, saxophone and light Celtic lilt, full of the kind of lyrical observations Almond has regularly come up with during his successful post Cell solo career, the fragile, world-weary vocal delivery providing a sequel to one of their very best, 1981’s "Youth".

Comparing Happiness Not Included to their previous material is futile and mildly ridiculous, that push-pull of pop success, art-school background, and the resulting imposter syndrome which comes when all they wanted to be was a Throbbing Gristle you could dance to is a demon they’ve spent decades trying to escape from, whilst also courting, that unease creating the tension which is evident in all their output, including here.