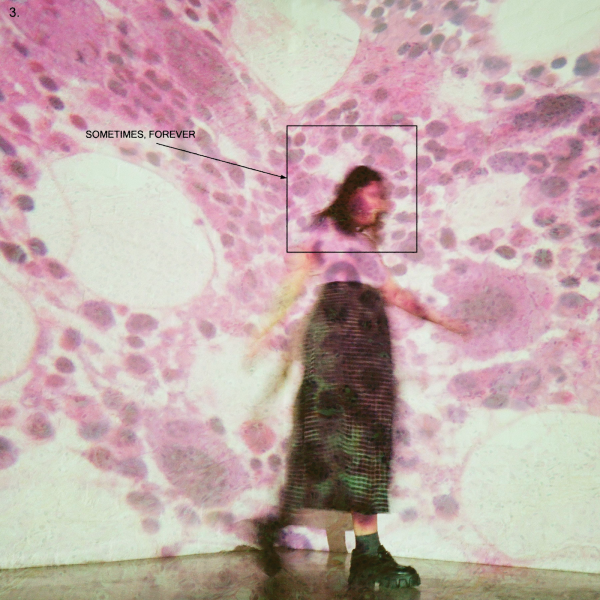 Sophie Allison – aka Soccer Mommy – has never hidden away from the darkness within – after all, the bridge of 2017’s “Death By Chocolate” centred around the line, “I wanna kill myself / I wanna go to hell”.

But nothing could prepare for the staggering emotional heights scaled on Allison’s sophomore album Color Theory, which centred around her depression and her mother’s terminal illness.

On the centrepiece of that album – the seven-minute epic “Yellow is The Color of Her Eyes” – she sang of her mother’s fading health and her inability to hold herself together in the face of it. “Loving you isn’t enough / You’ll still be deep in the ground when it’s done / I’ll know the day when it comes / I feel the cold as they put out my sun” are the song’s final lines. The song – and the album it accompanied – solidified Allison as one of the most talented musicians of her generation; the lyrics were awe-inspiring and harrowing, yet, the melodies were tightly wound and expertly crafted, leaving you with no choice but to play these songs again and again and again.

“Shotgun”, the album’s lead single, signalled Allison’s return in this direction, “So whenever you want me, I’ll be around / I’m a bullet in a shotgun waiting to sound”, she sings, sounding lovestruck. Boasting a superbly catchy chorus, it's an anthemic slice of pop-perfection that captures those magical moments in a blossoming relationship where consuming “cold beer and ice cream” together and watching each other “stumbling in the hall” feels like the best experience in the world. After an adolescence spent writing about being on the receiving end of unrequited love and strained relationships, “Shotgun” sees Allison finally find peace in a healthy relationship; “You know I’ll take you as you are / As long as you do me”.

It would be a misnomer, however, to refer to “Shotgun” as being indicative of what the rest of Sometimes, Forever has to offer. Though “Shotgun”'s poppier tendencies carry through on multiple tracks here, Allison’s third LP spends more time focusing on crushing lows than it does euphoric highs. Sure enough, opener “Bones” functions as a sort of sorrowful sibling to “Shotgun”, with Allison pondering “what’s wrong with all of the ways I am” in the wake of a relationship that’s falling apart despite her best efforts. Despite this, however, Allison stumbles upon a revelation towards the song’s midway point, “I’ve bled you out and patched you up again / Far too much to call it love”. It may seem like a small revelation - one that could easily get overshadowed by the sorrow at the heart of “Bones” - but it’s a seismic victory, nonetheless; pinpointing the moment at which the realisation comes that the constant cycle of mutual collapse and repair represents merely an illusion of love.

Accordingly, Sometimes, Forever is an album that despite devoting most of its runtime to the nadirs of the human experience, finds its narrator perpetually striving for salvation. The transcendent, and fittingly rough-around-the-edges, “Newdemo” begins with Allison meditating on all the many disappointments of the world in 2022 before escaping into a fantastical dream, whose promise and limitations she is acutely aware of (“What is a dream / But a light in the darkness / A lie that you wish could come true”). On “Feel It All The Time” – a country-tinged number that evokes Sheryl Crow with a shoegaze edge – Allison pens an ode to her truck and its enduring promise of freedom (“I wanna drive out where the sun shines / Drown out the noise and the way I feel”). “Feel It All The Time” is the sound of someone who spent much of their adolescence battling depression reclaiming their twenties and going out into the world to search for the many allusive promises of youth.

As alluded to by its title, Sometimes, Forever is an album about the transience of feeling and the push and pull of existence. Such is a universal truth of being, and while reassuring, this journey through life’s many peaks and troughs can be dizzying. Such is given a voice on the stunning closer “Still”, which begins with the disarming line, “I don’t how to feel things small / It’s a tidal wave or nothing at all”. Across four increasingly alarming minutes, Allison finds herself getting closer and closer to the cliff edge as she scrambles to make sense of young fame, online abuse and depression. “Okay, you win, I’ll end my life”, she sings at one particularly spine-chilling moment before recounting driving to the bridge to do just, only to ultimately “overthink it”. Elsewhere, she tells of self-harm, feeling dehumanised after reading people’s comments about her and taking “white little pills” to “take it all away”.

It’s a staggeringly powerful, and admirably honest, piece of songwriting – one that leaves listeners wrestling with an indescribable sense of hollowness in its wake. Though an unconventional note to end an album on, it rings true to Allison’s portrait of life – namely that there are few easy, satisfying fixes to life’s toughest battles. Like Sometimes, Forever’s other 10 tracks, it’s an astounding artistic accomplishment that deserves to propel Allison to the very highest ranks of the indie world. Though Allison never fully finds closure on Sometimes, Forever – or at least not for very long – its very existence is a testament to its creator’s continued survival, and the music contained within is a reminder that even in their darkest moments, the listener is never alone – and need never be without hope.