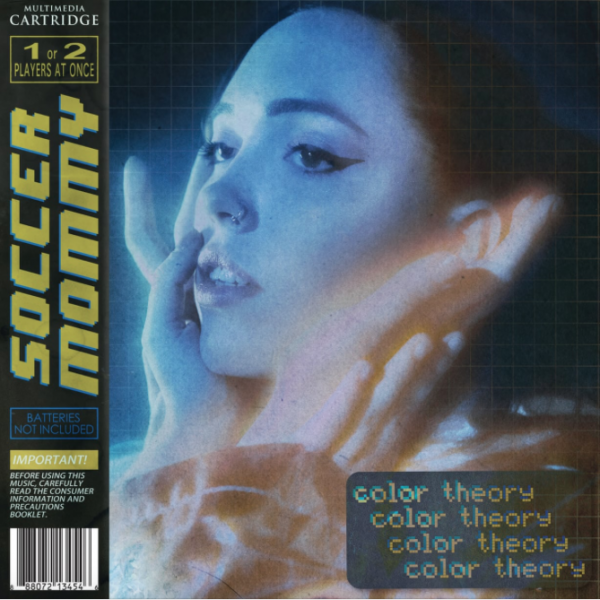 Ready for round two, the Nashville singer/songwriter takes us inside her three-coloured rainbow of truth and catharsis.

The most poignant feature of Color Theory is its deliberately episodic nature. Set in three distinct parts, each representing a colour, for the first part we’re presented with blue. Naturally with this comes a melancholy; a deep, timeless sadness perfectly nuanced by brainchild Sophie Allison.

Opening track, “bloodstream”, asks the age-old question everyone has had on their lips whilst sobbing into a mirror: “what does she have / that I didn’t / and why am I so blue?” This relatability Soccer Mommy creates is just why so many people find a home in her music. Over a piano riff and soft guitar notes, Soccer Mommy eases us into the record with her gentle crooning.

Radiating warmth despite the theme of blueness, “circle the drain”, with its ‘90s sounding guitar and drum beat combo give a grainy hue. “royal screw up” is where Allison’s lyrical imagery truly shines. Gems like “I think there’s a mold in my brain / it’s spreading down all the way / through my heart and my body” and “princess of screwing up / I’ll be the dragon / I’ll hold me captive / my world is sinking” are where the track is brought to life.

Representing ill-health, yellow characterises the second part of Color Theory. “crawling in my skin” is built over a trembling guitar riff while horror-film-esque lyrics give the track an eerie, unnatural sensation. Soccer Mommy sings of missing time with her sick mother on “yellow is the colour of her eyes”, creating a personal moment where every word oozes emotion. “lucy” is one of the standout tracks on the album, with tilted guitar riffs, unsure timekeeping, yet with a feeling of utter completeness.

In the final section comes grey; a fear of loss. “stain” is notably demure, not changing throughout its three minutes, telling tales of parents’ houses and refrigerators. Closer, “gray light”, features a refreshing record rewind sound sample, giving the track a new life. As “gray light" dies in an electronic, malfunctioning fashion, we’re gladly left with more questions than answers.

Whilst all three sections of Color Theory bear a sense of depression and turmoil, the record does surprisingly shine. It’s an album that needs to be listened to deeply; it doesn’t have anywhere near the same effect when heard casually. Blue, yellow, and grey may not immediately, or even after a while, present optimism, but this record feels like a breakthrough. This is a record written in a time of blues, yellows, and greys, but the overarching feeling is that of purification. Color Theory is an album both of pure catharsis, and proof of musical prowess.