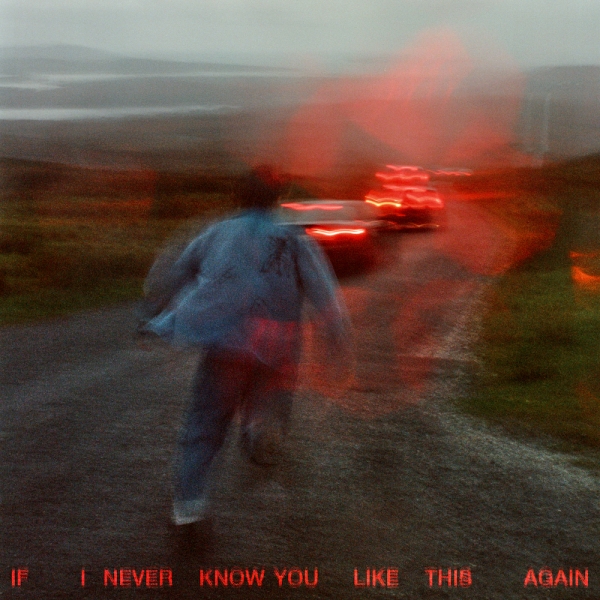 If I Never Know You Like This Again opens with a sigh from Bridie Monds-Watson, aka SOAK, before an outpouring of their “song-memories” unravel everything from love and mental health to biodegradable cups.

SOAK’s first two albums had already established their brand of queer indie-rock befitting a coming-of-age soundtrack, so it wasn’t surprising to hear them featured on episode six of Heartstopper last month. Now, their third record is “the most accurate picture” of themselves to date, written over the long months of the pandemic. “I felt no pressure at all,” they explain. “It was almost like I was ranting as I was writing.” Complete with dreamy guitar bends, gorgeous harmonies, and a candid lyricism that Phoebe Bridgers would be proud of, If I Never Know You Like This Again has undoubtedly delivered a hat-trick for the Derry-born artist.

From examining uncertainties on “purgatory”, the record moves to one of its highlights, “last july”, a near anthemic pop track set against a wall of guitar that echoes the sound of fellow Irish rockers Pillow Queens. From there. SOAK’s talent of tongue-in-cheek writing truly comes into its own: “what if you fall in love overnight / with some posh boy on a gap year?” they fret on “bleach”, an intimate confession of their insecurities as a lover. The heartbreaking “get well soon” strikes a similar balance between the serious and the cynical: agonising over words unsaid to late friends, and of ongoing mental health struggles, they offer the weak suggestion that “maybe we should hang a ‘live laugh love’ sign”.

Another of the record’s standouts is “baby, you’re full of shit”. “I probably won’t listen to your podcast,” SOAK concedes with brilliantly brutal indifference, refusing to make any more excuses for a walking red flag. That they were ranting as they were writing can be heard most obviously at the tail-end of the album, as “red-eye” relives the feelings of displacement on a trip to America with restless frustration. That energy carries on into “neptune” - an epic of a crescendo that almost reaches seven minutes in length. It would, perhaps, have made sense to leave this as the record’s conclusion, but the epilogue track, “swear jar”, is far from an afterthought. “Where have I been all my life? / Watching myself from the sidelines,” SOAK muses over an acoustic guitar and haunting harmonies. It’s as much a moment of catharsis as “neptune”: where the first came wrapped in energy and volume, the album’s true finale is found in quiet self-reflection.