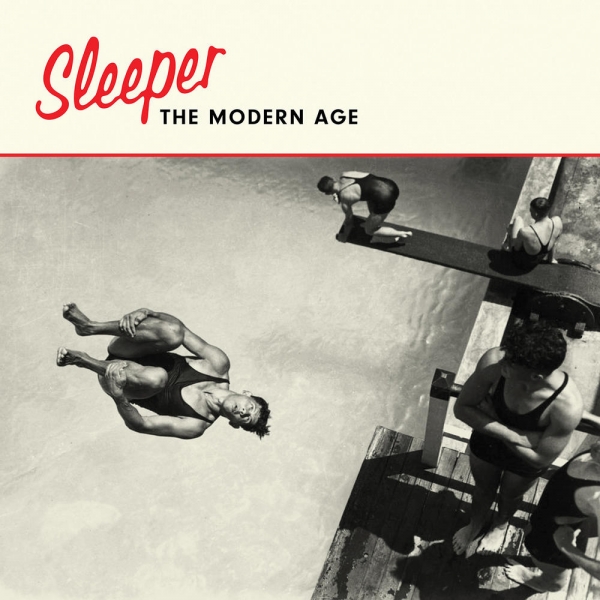 Sleeper have roused themselves from a long siesta to say their piece about The Modern Age, and the intervening years have given singer/guitarist Louise Wener plenty to write about.

Twenty-five years ago, the London band were getting their first live write-ups in the music weeklies, and “Swallow,” their second single, was denting the indie charts. A few years and a few turns on magazine covers later, cracks began to appear. Wener recalls in Just For One Day, her succinct and endearing contribution to the rich literary genre that is the Britpop memoir, how focusing on the follow-up to The It Girl proved difficult because she felt rushed to repeat its success. “The melodies are a mish-mash of styles,” she recalls of the new material. “The lyrics are coded and empty.”

When Wener first plays “She’s A Good Girl” (from their third album Pleased to Meet You) for drummer Andy Maclure he replies that the melody works, “‘But what’s it about exactly?’” In Wener’s telling, this is essentially the moment when things began to go awry. So what’s the first order of business on The Modern Age then? Getting that lyric right. “Paradise Waiting” takes the ‘goddess’ from the vague “She’s A Good Girl” and re-plants her in a detailed story: “She's like a goddess /They call her Caasar / She owns the forest/Controls the seasons.” And how nice is it to hear that brassy “What Do I Do Now?” synth back in action again? Sleeper certainly know how to get reacquainted.

The single “Look At You Now” follows, and on first listen sounds like it might be a preemptive jab at musicians who hang around too long (“You're running out of things to wear / Still playing all your hits, all the hits, all the hits / But that won't take you anywhere”), but it’s really a wider metaphor for outdated leaders with expired ideas. It’s heavier stuff than what Sleeper used to wrestle with, but rendered no less catchy, with Wener adding just the right amount of vintage Debbie Harry inflection in the chorus. The character sketches that Sleeper used to fill in with equal measures of sex and humor are now drawn from deeper relationships and life experiences, but The Modern Age isn’t weary or staid. “More Than I Do,” about the hidden malice underneath an amicable divorce, has sharper teeth than anything they wrote in the ‘90s.

Standouts like “The Sun Also Rises,” “Car into the Sea” and the title track are also just as groovy as anything from that era, but never does the album sound stuck in it. The Modern Age is a very welcome return. Perhaps one day Wener’s memoir will get a sequel as well.