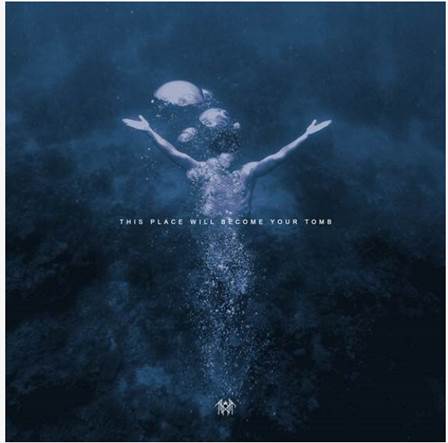 Sleep Token as a personality is almost entirely opaque. No proven claims have ever been made around the identity of Vessel, the character who fronts the collective.

Through their music however, messages are laid out in plain sight. On their second full-length project, This Place Will Become Your Tomb this formula is honed and improved. This time the production is richer, the themes more expansive, and Vessel building an extra layer to his performances. Coming off the back of quite a fun first outing - Sundowning - it’s fair to say expectations took a decent leap, but this certainly hasn’t hampered Sleep Token’s process.

The opening cut “Atlantic” begins smoothly. A couple of mellow piano chords set the scene before Vessel enters; strong and assured, delivering a mix of sombre and powerful lines. A mix of strength and vulnerability shines and “Atlantic” embodies these exact qualities. “Hypnosis” begins on a completely different note to its predecessor. With drums and guitars ablaze from the off the track creates a heavy atmosphere, completed by another supreme vocal performance from Vessel.

“Mine” sees another change in intro strategy as Sleep Token seem to be attempting to find the perfect way to open a song. On this song Vessel takes center stage from the beginning. A willing participant in this dance he floats effortlessly over the minimal instrumentation, guiding the song from inauspicious beginning to a grand middle section, resplendent with confident drums and vibrant strings. This continues on in “Like That” which is partly composed of a brilliant drum sequence which added an extra dimension to the track.

“Fall for me” and “The love you want” two standouts on the project. Partly because they showcase the rich lyrical talent Sleep Token possesses. In some ways it may be the slowed down pace of the songs or the difference in subject matter they chose to cover. Through the thin veil of autotuned voices in the background, Vessel pleads desperately for a love not yet attained. “Won't you fall for me, from reality / From the rhythmn of eternity, won’t you fall for me.” It is a heart-wrenching ballad, one whose raw emotions are made even more visceral by Vessel’s brilliant delivery.

This Place Will Become Your Tomb flows smoothly from one song to the next, with just enough variety of melodies to stave off monotony while still maintaining a very distinct sound throughout. Being taken on a journey through a range of themes, with Vessel’s incredible voice as a companion is an appealing prospect and one many fans will undoubtedly be attracted to. A very capable sophomore project, This Place Will Become Your Tomb has not just shown an improvement of the qualities present on Sundowning but into what might next emerge from within the shrouded mystery that is Sleep Token.