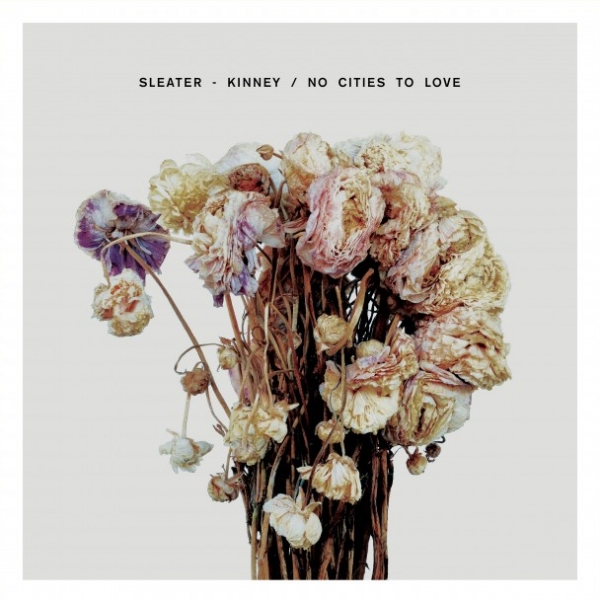 Off the top of the head, it’s difficult to think of many bands - in recent history, at least - that you can honestly argue went out at the height of the powers; LCD Soundsystem are the only one that spring straight to mind, and in their case it was less to do with preserving their legacy, apparently, than it was James Murphy’s insecurities about continuing with the group into his forties. In addition, there aren’t many back catalogues that manage to get more than a decade along the line, seven full-lengths in, and still don’t contain anything like a misstep.

What I’m getting at is that the stakes for any kind of Sleater-Kinney reunion record were always going to be supremely high. For one, they would always be chancing blotting their as-yet untainted copybook, and by releasing anything after The Woods, a majestically noisy, Dave Fridmann-produced paean to classic rock, they would be stripping that album of its status as one of the greatest swansongs of all time. Add to that, too, that the timing - on the face of it at least - hadn’t ever really seemed worse, what with the runaway success of Carrie Brownstein’s Portlandia, as well as Corin Tucker’s slowly-evolving solo career and Janet Weiss’ status as one of indie rock’s finest drumming guns for hire, and you have to wonder whether No Cities to Love was a sensible idea in the first place.

Of course, nobody ever really stopped to do that, with the band sensibly keeping writing and recording under wraps until springing the news on the world via a secret seven-inch in last year’s Start Together box set. The result of those sessions maintains both the band’s fierce appetite for stylistic change and their spotless record for never having put out anything that falls short of brilliance; No Cities to Love is an aggressive and unrelentingly taut collection of the most danceable songs the group have ever written.

“Price Tag”, a furious opener that keeps up the trio’s penchant for sharp social commentary, takes aim at consumer culture, Weiss’ racing drums matched all the way by a typically dramatic vocal turn from Tucker. From there on in, it quickly becomes apparent that, more so than any other Sleater-Kinney record, No Cities is almost belligerently catchy; “Fangless” and “Surface Envy” boast irresistible choruses, whilst the title track is probably the closest thing to an out and out pop stomper that the group have yet written.

There’s still room for some genuine experimentation, too, in the form of both the erratic, stop-start tempo of “Gimme Love” - the song’s title delivered in staccato fashion alongiside the guitar - whilst “No Anthems” opts for a darker sonic palette and touches upon one of the trio’s calling cards, the vocal back and forth between Tucker and Brownstein. Any suggestions that the latter’s other interests might have limited her involvement with No Cities are shot down by the consistency of her contributions on that front; she fronts a handful of tracks, including the glorious, groove-driven “Bury Our Friends”.

It’s difficult to overstate just quite how badly this album might have gone, and how much was at stake when the trio began writing again. By the time Brownstein’s stormy guitar finally simmers out on standout closer “Fade”, though, No Cities to Love confirms that whatever alchemy seems to occur whenever the three sit down to make music together remains untouched by the passage of time. To put it simply, Sleater-Kinney have now made eight records, and they are all very, very good. That’s not just a rarity amongst their contemporaries - it’s pretty much unique.