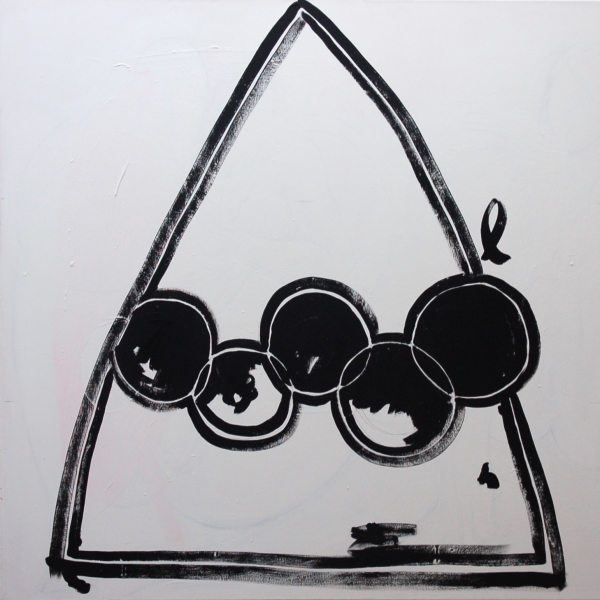 So far, sport hasn’t made much of an impact as a source of inspiration for musicians. Siinai appear determined to change this. From the title onwards, the Finnish band’s debut comes across as a soaring musical tribute to the Olympic spirit in its purest, ancient form, aeons before the corrupting influence of doping scandals and lucrative sponsorship deals kicked in, the grandiosely heroic vibes the platter vibrates with suggesting the quartet’s seriously bidding to provide the official soundtrack to London 2012…or at the very least TV coverage thereof.

Thematically, then, Siinai hanker back for the nobler ethos of ancient times. Musically speaking, however, the four-piece’s roots can be found much nearer, namely Germany circa 1971. Although other inspirations are audible (soundtrack chief Vangelis, noodle-averse end of early Post-Rock, and, in the often in-the-red guitar sounds, a drop of Shoegazing decibel-hounds My Bloody Valentine), Olympic Games draws deep from the rich well of classic Krautrock, especially Neu! and affiliates Harmonia and La Dusseldorf, but also Can and – during the spookier moments – Popol Vuh. As such, they’re speeding down an autobahn that’s been extremely well-travelled lately both internationally and back home in Finland (courtesy of Circle, K-X-P and the underappreciated Magyar Posse). But as you might expect from a group containing key members of turbocharged psych-rockers Joensuu 1685 (as well as Zebra and Snake, making Siinai something of a Finnish alt-rock supergroup), Siinai subject their inspirations’ trademark ‘motorik’ drift to a strenuous gym routine, resulting in a muscular – yet also nimbly expressive – approach that elevates Olympic Games above the creatively meagre levels of subtly updated Neu! replicas.

Then there’s the unashamedly pumped-up tone. Every bit as epic as you’d expect from a band who’ve named themselves after the mountain where Moses received the Ten Commandments, the grandiosity that permeates the album hovers on the edge of unintentional parody. But the occasional threat of pomposity serves a purpose. Listen with an open mind, and Olympic Games will whisk you through the saga of some mythical track and field battle fought on a sun-scorched stadium in the distant, imaginary past, from the tense anticipation of the preparations for the race (the mightily pounding ‘Anthem 1 + 2′) to the winner embarking on the lap of victory (the soaring synth melodies ‘Victory’s bubbling drone erupts into), creating a clear sense of musical identity most retro-Krautanauts struggle to achieve.

Admittedly, it’s hard to escape the feeling that in their search of the ultimate groove and the densest of drones, Siinai haven’t always paid enough attention to crafting the kind of melodic hooks that have enabled their influences to stand the test of time. However, the band’s determination to push each element to the limit and occasionally beyond for maximum impact helps the album to remain alluring even during the odd spots of idling when the effects of the repetition that powers Siinai’s largely improvised music threaten to slip from hypnosis to monotony, allowing Olympic Games to take its rightful place on the podium.