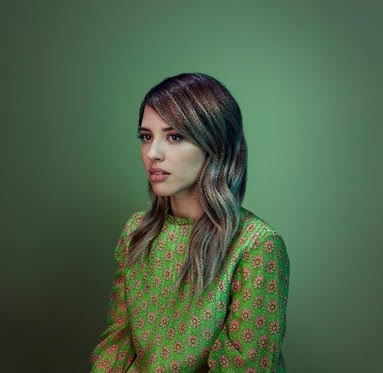 Side A of Lucy Mason’s debut is an ode to childhood, first loves and growing up.

The production is gorgeous: antastically hazy synths and distorted guitar lines that really feel like daydreaming about old memories, particularly on opener "Out Of The Blue". Her voice is wonderful too; silky but with a grainy quality, floating over the instrumentals, and perfectly harmonising with itself as the songs roll on.

Talking about the inspiration for the album, Lucy said, “I couldn't help remember what everything was like 'before' and when I started looking back, I couldn't stop.” We all know what it feels like to start mentally flicking through old photos, and she does a brilliant job of capturing that musically.

"Kids That Night" – the only song on this half not released as a single prior – is the highlight. It feels like we’re really getting into the album here, so it’s strange that she’d choose to release it as two parts, stopping here. The LP equivalent of a mid-season cliffhanger, you could say. Or literally turning the record over, as the title might suggest.

Her biggest downfall is that her lyrical chops aren’t quite up to scratch. Not that it detracts from the overall feel of the record, but when your third track is a cover of Radiohead’s "High and Dry", it draws considerable attention to the slightly too straightforward songwriting of your own.

Straightforward doesn’t have to mean bad (see: Spice Girls’ "Wannabe"), but Lucy’s music the kind of dreamy, expansive pop that calls for metaphors and candid diary-like lyricism. It feels like she could open up a little more – she’s currently at the middling, Ed Sheeran "Castle on the Hil"-type, maybe-personal-but-a-bit-simple stage of songwriting. Just give us the juicy stuff, Lucy.