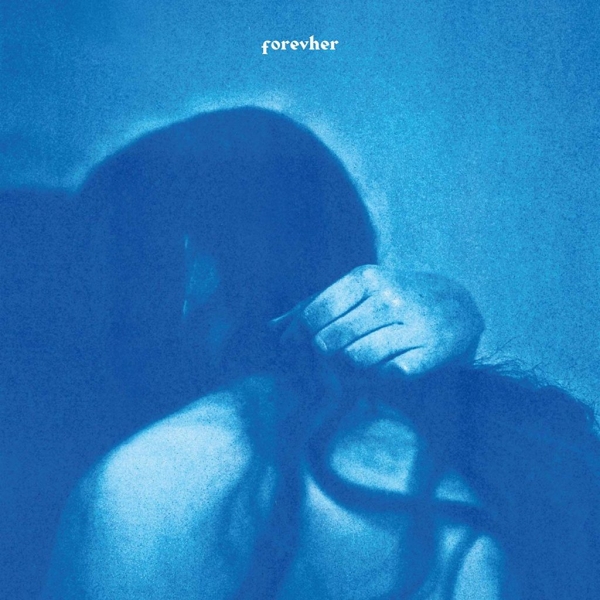 Shura’s 2016 debut, Nothing’s Real, was dreamy and fun, but acutely anxious. It was easy to get lost in the joy of the songs, but the anxiety was ever-present and impossible to truly escape. forevher is a contrast to this. It is lighter, more happily romantic, and soulful.

Lead single "BKLYNLDN" captures the move from long-distance to living together, and the breezy, blissful feeling of really being together for the first time. “Summer. In love. I think you’re awesome”. It’s so easy-going, so light. And that’s what makes it beautiful. Coupled with the sunny saxophone towards the end of the song, the laid-back lyricism illustrates an idyllic, youthful love – one seemingly untouchable. This is echoed in album track "flying", filled with dreamy "sha la la la"s, lightly twinkling synths, and an unabashed statement – “I am in love with you”.

"religion (u can lay your hands on me)" stands out above the other tracks, for its consistently clever lyrics and heady sensuality. It follows on from the cinematic nature of "BRKLYNLDN", as well as its storyline – Shura, in this song, is now head over heels in love. Her vocals lay over a groovy beat, as she throws herself into desire and implores “oh girl, don’t stop, please”. Even as she’s giving permission, singing “you can lay your hands on me”, she’s asking – almost pleading, breathily. It’s a song as enticing and addictive as the feeling it illustrates, playing in your head on a loop just like the expectation of the moment it chases.

"the stage" also speaks of a golden moment, one where lovers are lost in the wonder of each other. Whereas often on Shura’s debut album there is hesitance and questioning, here we see her giving herself to the thrill of romance. The vocals are lusty, passionate whilst the music behind it feels relaxed – complementing the giddy nervousness portrayed in the lyrics. The lovers "forgetting their lines" is not about anxiety as much as it is about excitement and eagerness – mirroring the sentiments laid out earlier in the record.

The drama and vivid imagery of "the stage" is peppered throughout the album, with songs such as "Princess Leia" reading like a story on the back of a postcard. But it is an equally insular and nostalgic record as it is heightened dramatics – every single song feels like an endless dreamscape, particularly towards the album’s end. Much of it ties together as a cohesive story – only "Tommy" sticks out in this respect, feeling heavier and out of place with the rest of the narrative.

The sentiment of forevher feels best described by Shura’s own words in "BRKLYNLDN": “I don’t want to get out of bed, but baby there’s a whole world out there and I want to see it with you”. It’s comfortable and wholehearted, without reservation. Rather than coming across as naïve, Shura has created something hopeful and delightfully light in this record, setting it apart from much of pop’s current offerings. It is the perfect soundtrack to the end of summer, and all the months after spent remembering it.