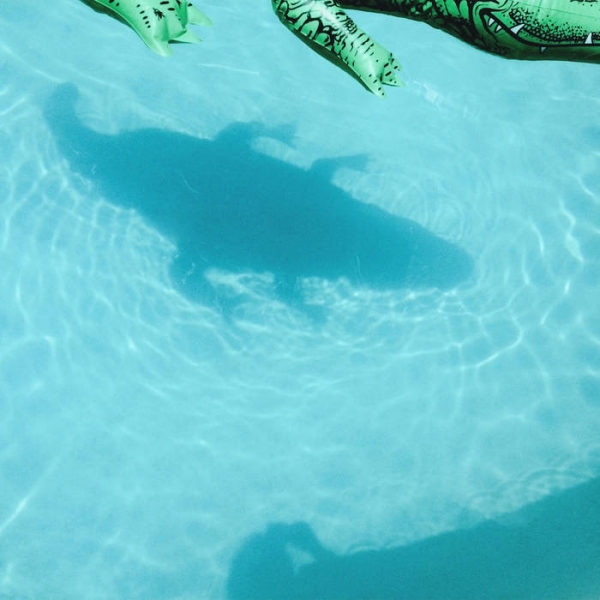 Post-punk’s most energetic three piece SHOPPING deliver a third record brimming with the kind of political and social undertones we’ve come to expect from them. The Official Body goes another step further however, both in terms of the soundstage on offer and the localisation of the topics on show.

‘’You’re just another, it doesn’t matter’’ intones SHOPPING’s drummer and vocalist, Andrew Milk, on the centre point of The Official Body, ''Shave Your Head''. One of the most overtly loaded lyrics on the record, it directly targets the consumerism and disposable attitude towards, well, anything that Shopping have seemingly made their mantra. As lead vocalist and guitarist Rachael Aggs made clear in a Gigslutz interview a couple of years ago, this isn’t always necessarily something the band take as seriously as their audience may infer, though there’s no questioning that Shopping have always been a politically charged act in an increasingly charged sphere.

These undertones of anti-consumerism and any number of other political/social conversations (acceptance and institutional lying to name a couple) were given their first full airing on Shopping’s 2015 debut, Consumer Complaints. Jittery and anxious yet possessing an almost interminable swagger, the Afro-beats the result in part of Aggs’ own African descent, the trio carried the formula into 2015’s Why Choose. Another clear, if again not totally serious, dig at consumerism, it cemented Aggs and her bandmates Billy Easter (bass, vocals) and Milk’s place on the scene as the buoyant answer to the increasing volume of angst and despair felt towards the governing elite.

The anxiety which underpins Shopping’s music continues to rear its head in a variety ways on The Official Body. Presented most starkly on the brooding ''Discover'', during which Milk quietly and unconvincingly rebuffs Aggs’ suspecting him of loneliness and desperation with a distant ‘’I’m fine’’ against a distinctly un-Shopping bass line, themes of rejection and a lack of acceptance are rife throughout. Aggs’ insecurities are laid bare on ''Overtime'', the closer and highlight of the record, where she reels off line after line of internal conflicts she’s seemingly unable to resolve. Similarly, on ''Control Yourself'', Milk emphasises notions of insignificance and disposability with a series of repeated lines, most notably the opening ‘’throw them away, disposable’’. For all of their swagger, Shopping never try to hide their insecurities and it acts as a central theme throughout.

Speaking of the swagger, Shopping’s music, most notably Aggs’ frantic guitar noodling, has always worked to emphasise the overriding restlessness in their records. From the opening of Consumer Complaints, ''Any Answers'', a short entry comprised of a solid bass and drum pairing and what would become a typically uneasy and frantic guitar showing, Shopping have kept their sound by and large to the three members involved, revolving in a series of unpredictable and unnerving phases. Although by and large sticking to the same formula, The Official Body does lose some of the jauntiness, and even dares shaking up the palette beyond the typical drums/bass/guitar. The gothic feel to the heavy distortion on ''Discover''’s bass line and the '80s synths in ''Wild Child'' both imbue the tracks, and the album as a whole, with a little more menace than previous outings. There’s no doubt that Shopping are at their best when they’re on the move, with tracks ''Asking for a Friend'', ''My Dad’s a Dancer'' and ''Overtime'' the strongest here. The likes of ''Discover'' and ''New Values'', while interesting lyrically, feel at ends musically, and don’t contribute anything exciting to Shopping’s sound. The additional, somewhat darker layer factored in here however undoubtedly provides a new dynamic, taking them deeper than the more sprightly contemporary post-punk of peers such as Omni, if not one that’s always wholly effective.

For all of its new dynamics and undertones, The Official Body is predominantly however a record speaking to very local issues. Discussing both sides of the coin, Shopping weigh up their anxieties and concerns with sentiments of hope and support. ''On Ask for a Friend'', a song that could almost have been taken from Priests’ excellent Nothing Feels Natural record, Aggs’ questioning ‘’why’s it never enough for me’’ comes at the end of a track that begins with the affirmation to ‘’look outside today, you’ve got it in every single way’’. Elsewhere, the disposable notions on ''Control Yourself'' are combated with a call to ‘’control yourself and own yourself’’, a call to arms that remains integral no matter where it’s raised. This hope and fight that finds itself at home on the record is best showcased again on ''Overtime'', as Aggs confidently espouses ‘’I think I finally found a way out’’. Maybe not the most assertive or enlightening, and admittedly the track does end with further admissions of self-doubt, but certainly hopeful and somewhat assuring, making it all the more real and relevant to the world around us.

It’s this confidence that really becomes more and more apparent as the record plays over. The anxieties are on show, but there’s a balancing act that makes the The Official Body an album of great relevancy, both in terms of its applicability to wider issues as well as the more local. Even the title itself could be taken to be construing Shopping as the authority on the matter, which perhaps isn’t a far cry from the truth. After all, a band that has its finger firmly on the pulse without drowning itself in self-importance and a distinct lack of humour is exactly the kind of thing we need.