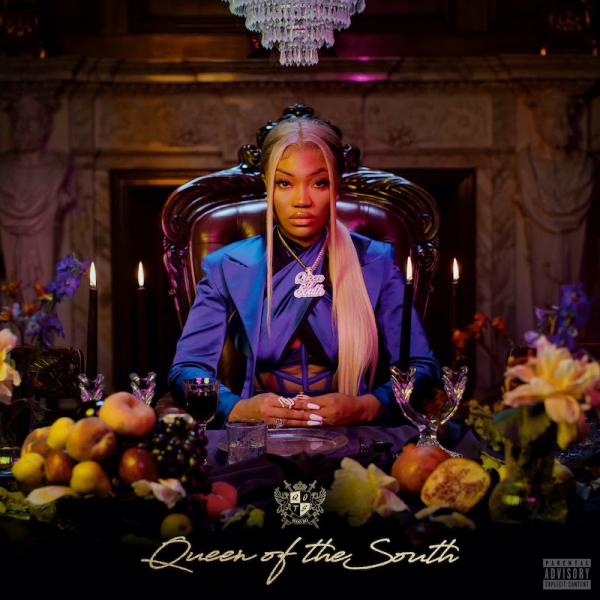 Youngest of the elders and with not a speck of mud left on her Christian Diors, Shaybo is delivering a body of work that represents the peaks and troughs of her decade-long journey through life and the industry - balancing rap flows and melodic vocals alongside talented artists and producers, embedded with a deeper storyline.

Coming in quick succession with two stand out tracks; the profound “Mud” highlighting the plight of any artist trying to better their surroundings: “I just pray the snakes will break away from me / they just take and take and take my energy / but I don’t complain the way they’re draining me / I hope one day they’ll do the same as me”, and “My Sister” featuring Jorja Smith where Shaybo urgently tries to raise young Shay and others out of manipulative relationships.

Following on from a rare and emotive interview with Amaru Don TV, the Queen of the South mixtape showcases a raw and sensitive side to Shaybo’s perceived rough exterior. With most tracks infused with upbeat African and Caribbean spirit and her trademark straight talking Yoruba inflected rapping, this is a solid foundation from which to build from for the South London rapper. We already know she can rap, so she’s certainly celebrating other sounds whilst not caving to the mainstream chart's desires.

With a selection of features including the equally straight talking Dreamdoll, the silky vocals of WSTRN's Haile and a verse from the legendary Wale, Shaybo is not afraid of getting others to be part of her vision. It's the words of the Queen of the South that remain with the listener. Words that reflect a deeper struggle for recognition, survival and finding her voice in an echo chamber that quickly becomes deafening.

Shaybo remains balancing the scales of duality, her own views and those of others: self-determination versus stigmatization, refusing to be painted with the same brush. Queen of the South proves that you can’t rule through fear but rather with respect, and you have to respect Shaybo's drive for freedom.