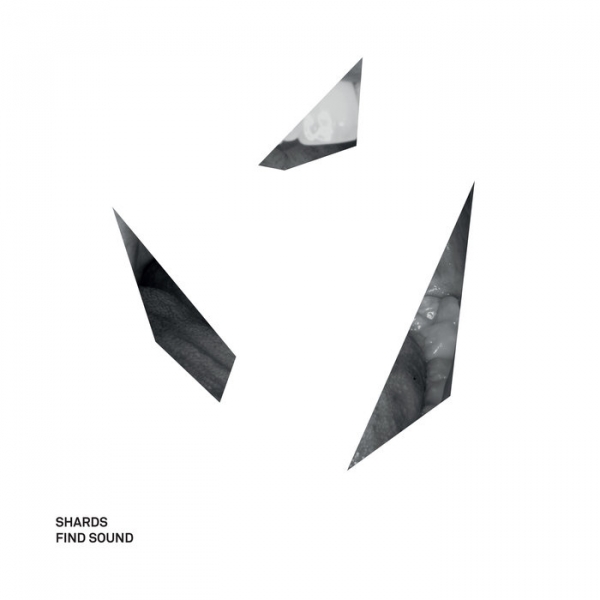 Without wanting to cause controversy, the role of a church in a modern-day community has strayed from its intended path.

Buildings of faith, healing and spirituality have become homes of book sales and baking competitions more readily than a refreshed congregation. To a similar end, the gateway to making a quick buck in music is now opened by the holy trinity of streaming algorithms, soundtracks and sync jobs, instead of the perfect album release. As the long hot summer of 2019 slows to an end and global politics reaches another undoubtedly antagonistic false summit, we’re not in short supply of yearnings for simplicity and escapism. But none of this changes the fact that no one’s been asking for a brand new choral album this year. Not even Gareth Malone.

Shards is just that, though. Led by singer, composer and producer Kieran Brunt, the newest addition to contemporary-classical’s pioneering label, Erased Tapes, is a 12-person vocal group, created in the aftermath of a collaboration with Terry Riley, for the purpose of a performance at Nils Frahm’s Possibly Colliding festival. It’s a compelling landscape to launch a new act into, but Brunt selected individuals for their personalities rather than musical merits. Like most bands starting out, Shards is actually just a group of good friends and friends-of-friends, only there are twelve of them, and they’re making choral music.

Twelve is the perfect number of voices for the project, says Brunt: it’s enough to sound like a presence, but not too many that the individuals can’t know each other intimately. This lack of bright-light clinicalism is Find Sound’s greatest strength. Everything about the debut album feels deeply inquisitive and intricately human, while digitisation teases its company underneath. It’s as if a choir has been shut in a dark room, with the knowledge that everything is ending unless they can find an answer through sound, experimenting desperately with the ways voices can link together, but unable to completely escape from technology’s hold.

The title track that opens the record is hypnotically robotic, summoning a first chorus like listening to an intelligent machine being turned on, whirring into activity, opening its eyes and searching for an affective way for sounds to interact. With the same logic that you’ll walk into a religious building when sightseeing – for familiarity if not for faith – the recollection of ceremony and sanctity that Find Sound captures is breathtaking, without requiring a conflict between voice and purpose.

Diaphanous shimmers of electronic minimalism undercut "Dissect" and "Nebulous", ordering the chaos set out by such greats as Philip Glass, Steve Reich and John Adams. The latter at times sounds flecked at times with Laraaji’s Sun Gong, deeply meditative but free of the well-groomed harmonies that can become so restrictive in the genre’s more traditional iterations. "Unrest", too, could be a breathing sister piece to much of label-mate Hatis Noit’s work, comparable to last year’s shape-shifting collaboration with the NYX Electronic Drone Choir, underscored by Brunt’s deftly natural-sounding modular electronics.

Detailing a nostalgic depression is nothing easy; it so crucially relies on some quantity of shared experience and takes great writing to extract. There’s something so immediate in the tranquility of how the voices in Shards tress together, layering the primordial with the technological, that sounds effortless. There’s no better example of perfect songwriting than "Summer Sickness": a strong but lethargic harmony jumps across blissfully scaling synths with an AnCo sheen, lyrics dripping in melatonin. If you don’t listen closely, you’ll miss the sinister undertone of the closing line: “The road to work is never-ending. And when I see the schoolboys playing in the street, I feel like I should drown them.”