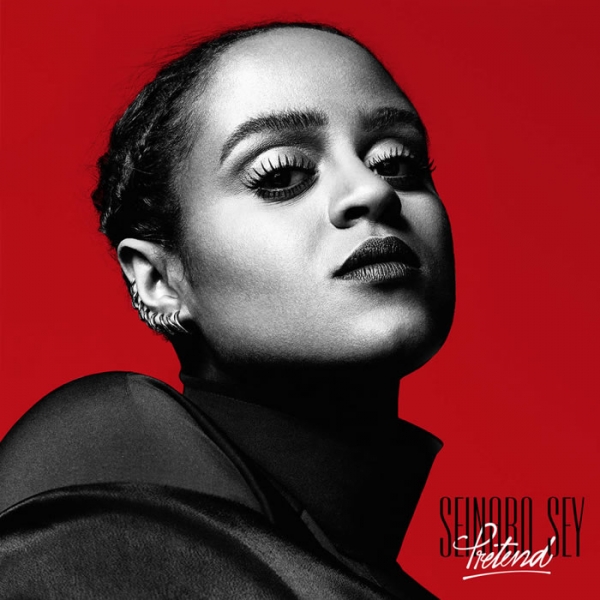 ​24-year-old Seinabo Sey sets the tone of Pretend in its opening track, “Younger”, chastising herself for not being where she hoped she would be by now, and asserting that now she really needs to play catch up.

It’s an album of similar pep-talks and straight talking fairy godmother words-of-wisdom to combat the self-doubt, but it’s also on that doesn’t fully succeed in setting out what it inteded to do.

Sey has said that she wants to break genre barriers, cross-pollinate and diversify the musical field so artists don't get pigeonholed into specific historically constructed sectors. The problem is Pretend feels too safe. It does fit easily into those pigeonholes she wanted to avoid. It is slightly disappointing because, while the songs are often ripping at the seams with emotion, there's nothing that musically grabs you and drags you into her world so you too can experience her pain.

Therein lies the problem of writing songs of an introspective nature that perhaps may be so personal they don't resonate; you need something to bring the listener into the emotions too. Some tracks succeed at letting us into her world because there's something there that makes you sit up and pay attention; the creeping robotic vocal samples in "Younger" and the barnstorming electro pop beats of "Pretend" for instance. But the rest of Pretend sits too much in isolation, with very little exciting musically, outside of her beautifully soulful voice that'd be be perfectly suited to a Bond theme, there to allow us to really feel what she wants us to feel.

It's no surprise that the best tracks on the album are taken from her two excellent EPs that came before, full of that experimental, genre busting pop she wanted to achieve. The rest of the album, though, fails to truly inspire and stir up those same emotions in the listener that Sey so clearly has in her voice. Through those few tracks on Pretend that stand out - especially album closer "Burial" which, with its church organs and gospel choir, is both a mournful and jubilant tribute to her late father - we do, however, see the promise of what is to come.