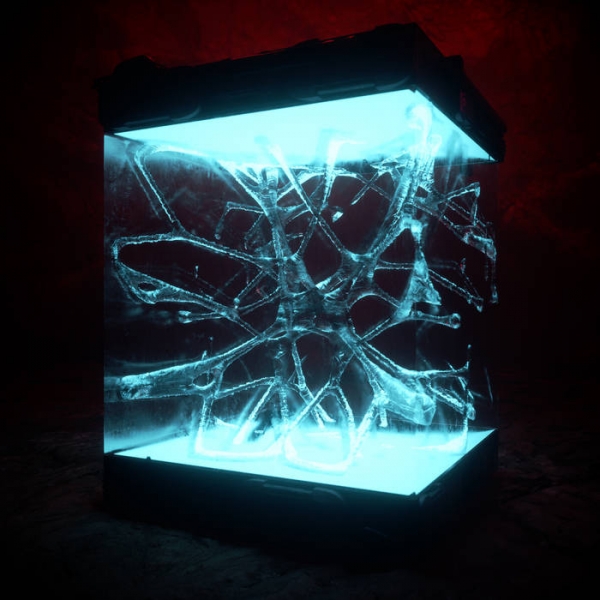 Brutalist, unsettling and pulverising, Scalping have carved out their distorted blend of genres with a sharp intensity that’s helped them drum up a reputation as one of the most incendiary live acts in the UK.

After releasing their debut E.P, Chamber in 2019 and their follow up, Flood in 2021, The bristol-born group have put together a skin-crawling debut album after signing to Fabric’s label, Houndstooth.

Notorious for their blend of industrial production and absolutely crunched up guitar riffs, the band have applied the spontaneity and enigmatic nature of their live shows onto a record with hypnotics loops and echoes that pull you in, soak you in fuzz and spit you back out. Right from the haunting opener “Blood Club”, Scalping sound like some futuristic warning signal in the distance. What’s coming sounds like the final visceral rave before the end of the world. It’s skin-crawling and dizzying but also immersive and addictive. Attacking all senses and exploring sonic landscapes that bind different musical worlds, Void is a barrage that doesn’t want to give you time to get comfortable.

Oakland rapper’s DÆMON’s vocal delivery on “Tether” serves as a cryptic sermon, bringing something from the clipping. and Death Grips approach to absolutely freaking out listeners. Obnoxious, loud and in your face, his feature marks a high point on the album that compliments the demented synth lines and uneasiness that flow through this song. Grove’s performance on “Remain In Stasis” is another standout that closes the album in a similar fashion to how it started—wonky, heavy and distorted.

The riffs on this record wouldn’t sound out of place on a Deftones or Mudvayne record, however, it’s not just Nick Berthoud’s output that makes Void a release worth listening to. This album is rhythmic. James Rushforth’s bass orchestrates and leads this entire album supported by the pinpoint precision of drummer Isaac Jones. This foundation leaves an open field for experimentation from Alex Hill, their head of all things electronic. We see them come together on songs like “Caller Unknown” and “Cloak & Dagger” where entirely new sounds get brought into the mix. Moments of ambient house mingle with drone and glitched out horrorcore to create a soundscape full of melody and cross-genre probing.

Scalping’s world-creation on Void is engaging and welcoming while being both ecstatic and unnerving. What gives this record cohesion is its ability to freely blend sounds and be bold while maintaining its heart as a rhythmic electronic record that’s audibly bursting to be let loose on a live audience.