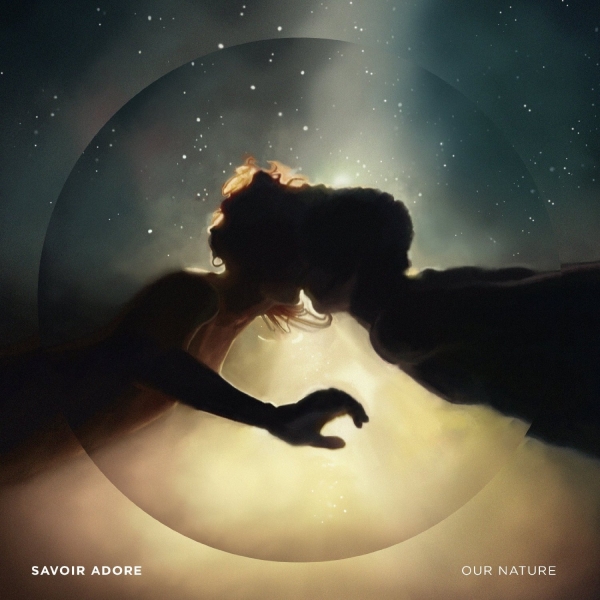 What seems like an awfully long time ago now, I fell in love with Savoir Adore. Their 2009 debut In The Wooded Forest was a sun-dappled, bare foot jaunt, an art-pop gem that had aficionados sticking two brightly coloured pins into the heart of Brooklyn on their wall-maps. It falls to Our Nature to reignite sustained interest in whether Paul Hammer and Deidre Muro can successfully tackle the difficult second album question. Thankfully, these 14 songs don’t disappoint, representing a more mature, slower burning 55 minutes of dream-pop.

Muro and Hammer positively nail harmonies, with they way they alternate lead vocal duties providing an array of textures across the board. There are points as with ‘Wooded Forest’ when the melodies veer dangerously close to being saccharine, but such imbalances really are few and far between. Also, gone are the infuriatingly catchy choruses of their previous full-length (try listening to ‘We Talk Like Machines’ a few times and not whistling it for weeks) which gives its follow up a distinctly more rounded feel.

That’s not to say Our Nature doesn’t have more than its fair share of earworms. Savoir Adore have their story and they’re sticking to it. For example, the bells-over-scuzzy synths and wistful rhymes of ‘Beating Hearts’ are utterly lush, with another favourite being ‘Regalia’ and its pinched, trebly guitar riff laid over walking bass and staggering staccato keyboard . Within a relatively narrow mandate, the duo still manage to pack this follow up tight with subtle ideas and intelligent song structures, helping every track unfold neatly over repeat listens.

Our Nature is a seriously accomplished pop record, and a perfect progression. Less obviously whimsical than In The Wooded Forest but still possessing of its own distinct charm and inventiveness, it feels effortless. Detractors will claim Savoir Adore have too light a touch, but it’s fair to say that for most, they’ll leave a meaningful impression.