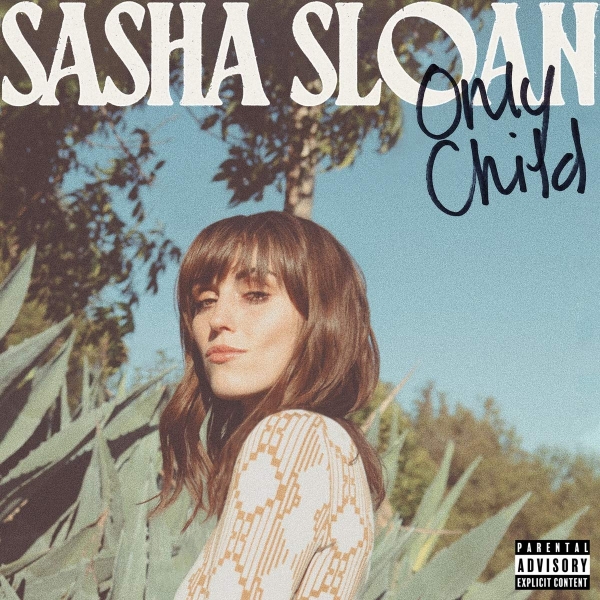 Sasha Sloan’s sad girl brand stands firm on her debut album, but the sun is starting to melt its way through the glacial melancholy. On Only Child her confessional songwriting hits new levels of candid as the thaw reveals two intrinsically linked love stories – finding your person while learning to love yourself.

Touted as a songwriter, turned solo star Sasha Sloan has lent her words and vocals to Kygo, experimented with Charli XCX and shaped hits for Camila Cabello, Juice WRLD and Katy Perry. Alone she’s more than proved herself as an almighty force and vital voice with three fully-formed EPs - sad girl, Loser and Self Portrait. Together they would have been an impressive debut album, traversing ‘90s-inspired grunge, sweeping string-assisted ballads and down-tempo electronica, but on Only Child Sloan shifts gears and leans into heartland Americana.

A long way from the home in Boston, which sparked a viral Reddit post leading to her discovery, Only Child came together in Nashville amid the pandemic. Tapping into her seemingly unlimited sorrow, Sloan’s songwriting continues to navigate familiar themes of heartbreak, quarreling parents and self doubt, but there are some changes.

Opening track “Matter To You” reveals the first of Sloan’s trips into warmer climes, despite its lingering negativity and the bittersweet juxtaposition of her worldly insignificance, it highlights a defining core of the record – her long-standing relationship with boyfriend and collaborator King Henry.

Sloan’s subtle transformation to becoming loved reveals itself throughout the album. “Hypochondriac” represents the pivot from feeling unimportant to being the centre of someone else’s universe, but on “House With No Mirrors” we see Sloan let her guard down offering a brutally honest account of the eating disorder she’s been living with since high school.

Standout track “Until It Happens To You” is another emotional rollercoaster. It sees Sloan at her strongest lyrically while her vibrato shakes through the pain of weathering grief’s storm. Despite its heavy folk and more traditional references, Only Child does manage to showcase Sloan’s renowned pop chops with “Lie”. The album’s initially unassuming lead single breaks free into a chorus which channels both the joy and pain of heartbreak anthems like “Dancing On My Own”.

What Only Child lacks in sonic risks, it makes up for with its narrative of growth and self-acceptance. Sloan puts it best herself on the album’s closing track; “If high school me could see me now / I bet high school me would be so proud.”