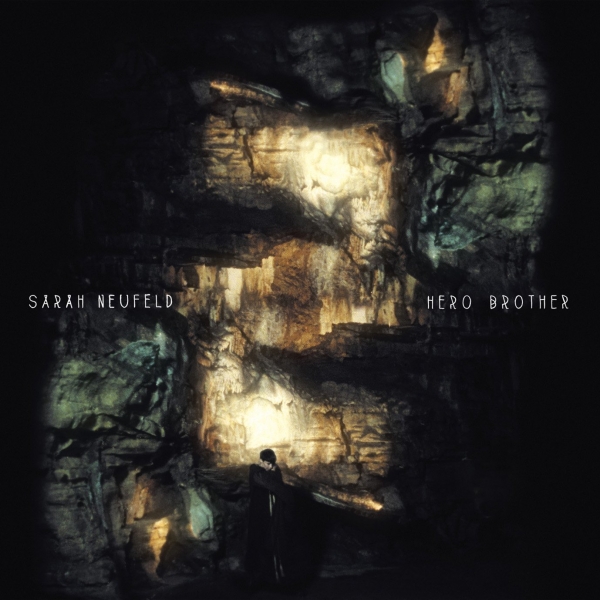 Sarah Neufeld is used to having only a portion of the spotlight. Whether it be playing violin for Grammy winning global phenomenon Arcade Fire, or co-founding the instrumental ensemble Belle Orchestre, she’s a developed a habit of sharing the stage with others. For her debut solo album, Neufeld has ditched her friends and gone it alone, writing and recording songs purely for her violin.

The 1 minute and 52 second ‘Tower’ is a simmering intro that unlocks the door to the record; delicate though fleeting, it sets the tone for everything that follows. It’s following number, the title track, is the only song on the record to feature any kind of percussive element – Neufeld stomping her feet – providing a rhythm that keeps the song driving forward, becoming a relentless, masterful exhibition in violin performance together with an infectious melody.

The rest of the album more than lives up to the promise of ‘Hero Brother’. The cascading, looping melodies of ‘You Are The Field’ contain so much weighty emotion that you don’t need lyrics to know that a heart and soul have been poured in to it. If the record is a representation of Neufeld herself, this song is her beating heart.

While her violin is the obvious centre-piece, the unsung heroes are the various rooms in which the album was recorded. Producer Nils Frahm chose the Studio P4 orchestral recording hall, in addition to a few other locations including an abandoned geodesic dome and an underground parking garage. The natural reverbs are an instrument in themselves, giving the record a distinct sense of space, adding textures to the long stretches of solo violin and helping just one instrument sound remarkably expansive and full – so much so indeed that by ‘Wrong Thought’ you’ve almost forgotten it’s just her. You can hear an orchestra or a full band. You can hear the cymbals crash and the guitars soar; it could almost be an Explosions In The Sky song. Her violin completely fills the space, and it feels huge.

Unfortunately, from thereon it’s ever so slightly inconsistent, perhaps a result of it being difficult to maintain that intensity in such a spacious atmosphere. If it’s possible that the violin is the most beautiful instrument there is, it’s equally possible that the most irritating is the violin’s evil twin, the fiddle, just the violin with a goatee or spawned from the darkest timeline. Its tones become grating, and that’s the territory that ‘Sprinter Fire’ accidentally wanders into; not quite a full on ceilidh, but a little too close for comfort.

Also, the brief moments of additional instrumentation are perhaps used slightly too sparingly. ‘Breathing Black Ground’ features a welcome harmonium, ‘Forcelessness’ has deft touches of piano, and there are occasional vocal counter-melodies from Neufeld dotted here and there. The restraint shown in using these additions can hurt the songs slightly, as one or two feel more like a thought or idea than a finished work. The harmonium or piano used more frequently could perhaps have helped keep these moments from losing momentum.

Overall though, this is a special album, and a real accomplishment. To make a record largely of solo violin music with songs played as impeccably as this, but have the performance itself not be the focus, is remarkable. Neufeld may spend the majority of her time playing music with others, but from now on she better get used to having the spotlight all to herself.