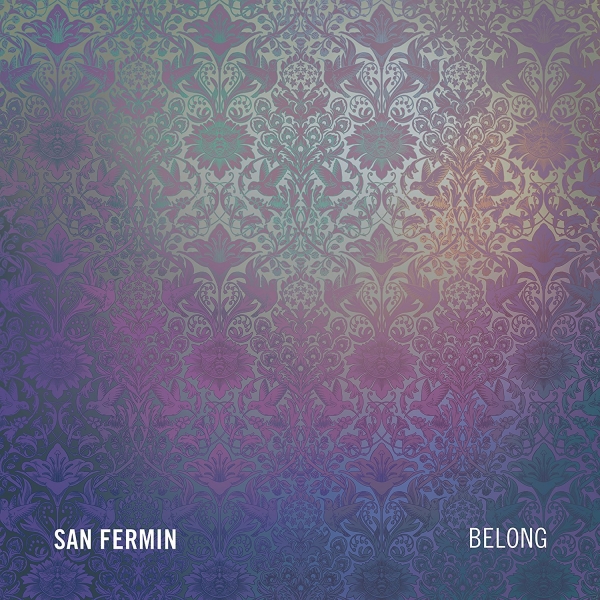 Nearly two years since the brilliant Jackrabbit, Ellis Ludwig-Leone and his band of players have rolled back into town with Belong.

It was always going to be a tough ask to live up to the high standards set in 2015, but there are no such concerns here; this is now their third studio release, and typically another great example of their talents’ without having that extra twinkle we were spoiled with on Jackrabbit.

It isn't necessary to know the narrative attached to the promotion of the album is about Ludwig-Leone’s more personal approach this time around, but “No Promises” certainly reads that way once you’ve been told the demons he was grappling with. The song sets the background for a lyricist and composer concerned by the pressure of being responsible for this set of talented musicians – the rigours of touring and personal sacrifices rely on his direction, as a result he reasons, to a certain extent does their happiness. The song voices some insecurities about this position. “I won’t promise you that if you follow me around / I won’t let you down / I won’t let you down” Charlene Kaye sings. This creates a quasi-conversation, as of course Kaye voices the words that are, among others, directed at her. The “Open” to the record sets this out even earlier as who else can be “the ghost at the controls” but Ellis? As we discussed when reviewing Jackrabbit, although Ludwig-Leone plays the keys with the Brooklyn ensemble, he is primarily writing musical parts and lyrics to be performed by those around him.

However, this all feels a little neat and is not a pervading influence throughout. What is ever-present is the seductive cocktail that Allen Tate, Charlene Kaye, John Brandon, Stephen Chen, Tyler McDiarmid and Michael Hanf create together, Rebekah Durham having left the band recently. The orchestral wildness is reined in a little, but the second-half of “Palisades-Storm” is an electrical, well... storm of instruments and discord which is one of the signatures for the band. Their most notable hallmark is probably the shared lead vocals of Tate and Kaye who are still a treat individually, let alone in tandem. Tate sings with direct address on numbers like “Better Company”, “Belong” and “Happiness Will Ruin This Place” with his deep tones lending themselves to the confessional style, although the toe-tapping “Cairo” gives him freedom to open up too. If Tate is the grounding, Kaye does the soaring on “Dead” and during the vocal section on “Palisades-Storm”, but largely it’s a joint effort as they are very well suited to harmonising.

The particular standouts actually fall towards the end tracks as “Cairo” and “Happiness Will Ruin This Place” provide differing but exciting facets to the whole. The first, a rousing drum-driven, fast-paced lyrical piece should add to their great live spectacle and is perfect for crowds with its highly catchy refrain. Meanwhile, the latter is a clever little construct about the opposing faces to humanity's coin – ‘the grass is greener’ is a massively reductive summary. There’s such poetry to it, the height of which is when “there’s a moment where he sees / in the chimpanzees / sympathetic eyes”.

Jackrabbit offers an obvious comparative, but had it not been for such a high watermark, Belong would still be getting outright praise along with their slightly more subdued self-titled debut. Previous work aside, this is still an intricate, technically awe-inspiring LP with many narrow pathways to explore.