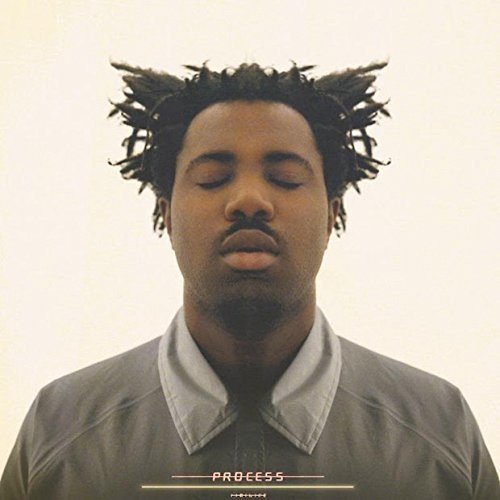 Sampha is perhaps the most famous not-famous person working in music today. He’s far from a household name, yet he’s constantly being hounded by huge stars to come work with them. If you know, you know. If you don’t, his debut album Process is sure going to change that.

He’s a man that prefers the anonymity of writing and producing; letting other people take the credit. A rare, modest musician who simply loves music and wants to create more, no matter the circumstances. However, though he often prefers that anonymity, most recently appearing uncredited on Beyoncé’s “Mine”, his voice is the signal that there’s a genius tinkering away in the background.

His charmingly breathy voice, at once both delicate and powerful, is an unmistakable one and has become hot property over the years. Whether it’s launching both himself and SBTRKT into the mainstream on the latter’s debut album, or it’s being sought after by anyone from Drake to Kanye, and even both Knowles sisters, it’s a voice that truly brings everything together.

In most of these songs, it’s Sampha that shines brightest. It doesn’t matter whose name is in lights, Sampha is always MVP. It’s no surprise, then, that when he is thrust into that spotlight alone he truly excels. His long-awaited debut Process reveals the man behind the voice; a chance for him to a create a space where he can truly express who he is.

No longer tied to someone else’s vision gives Sampha the room to dig deep into himself. Having lost his mother during the recording of the album, the title Process takes on a new meaning. This is therapy for him, and it’s none more apparent than on the heart-stopping “(No One Knows Me) Like The Piano”.

A quiet, contemplative piano ballad, loaded with meaning, metaphor and beauty, it’s a model example of the power music can hold. On the surface, it’s a tale of finding himself at the bench of the piano that appeared in his mother’s South London home when he was three years old. But it’s also a love letter to his mum.

The lines blur between her and the piano, both having such a defining influence in his life. “You would show me I have something some people call a soul,” he sings, voice on the edge of cracking. In lesser hands, this might seem trite, but Sampha imbues the song with his magic. It’s powerful and beautiful and, amidst more aggressively electronic tracks, utterly stuns.

“Plastic 100°C” is another track that opts for a sparser approach, here depicting the fragility of human life. A history of family illness meant a lump in Sampha’s throat took on a much more serious meaning. Coupled with the stress of touring with SBTRKT at the time, “Plastic 100°C” is Sampha trying to make sense of everything. “It's so hot I've been melting out here / I’m made out of plastic out here”. It’s a track that sets the tone for everything that’s about follow.

At the opposite end of the spectrum, you’ll find tracks like “Blood On Me”, a propulsive and chaotic questioning of the self. With a hypnotic chant sitting under everything else, and the out-of-breath desperation in Sampha’s voice, “Blood On Me” is a visceral track with a nightmarish undercurrent. It marks Sampha out as someone with a real skill for painting truly unique pictures.

Similarly, “Reverse Faults”, with it’s unusual pulsing synths and trap beats, and the live show highlight “Under”, are real displays of Sampha’s storytelling abilities but also of his proficiency at making incredibly catchy danceable beats.

As Sampha practically shouts “I’m gasping for air” on “Under”, with the waves crashing down around him, it’s a moment that catches you off guard. One minute you’re feeling the beat and the next you’re stood stock still; stunned by this sudden cry for help. Robyn may have perfected the “sad banger” but he's created something new: the “contemplative, introspective banger”. Though that name doesn’t have quite the same ring to it.

Process is an album built to take your breath away. From start to finish, it’s a display of Sampha’s mastery as a lyricist, a singer and a musician. His voice becomes another instrument for him to play around with; each breath a considered move like the strum of a guitar. It’s a powerful album - emotive and, surprisingly, loaded with danceable hooks.

The spotlight finally shines on Sampha and he doesn’t not disappoint. Process is an impressive curtain-raiser to what is sure to be an equally impressive solo career. The most famous not-famous musician might not stay that way for much longer. Now you know.