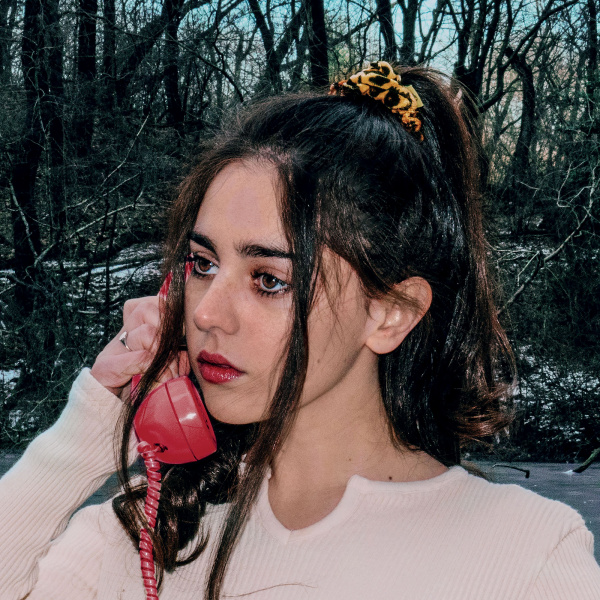 ​Coming of age stories are a dime a dozen. The best ones, the ones that hit you square between the eyes, they’re the ones you see yourself in. They’re a gamut of emotions run by almost every teenager ever strung together in such a way that has you suspecting someone stole your diary. In short, they’re relatable.
​

On the surface of it, the diary of a teenager who grew up between LA and New York, the daughter of famous actor parents immersed in Hollywood doesn’t particularly scream relatable. But that’s just the surface; underneath, Samia understands the bigger picture and wears her vulnerabilities like anyone else.

Her debut album The Baby is the sound of an authentic voice trying to find its way in the world, battling body image issues, misogyny, heartbreak and the pressures of being a teenager along the way. It’s the sound of raw adolescence turned outwards, spun through a web of wry narratives and insanely catchy pop hooks.

Samia’s knack for songwriting first caught our attention with 2017’s breakthrough number “Someone Tell The Boys” and 2018’s dark comic ballad “Django”. Both songs took her previous folk driven formula and injected a little more grit whilst holding onto that intimacy that comes from writing what you know.

The Baby is the next logical step in the evolution of Samia. The integrity and intimacy of her story remain, immediately revealed by opening track “Pool” which begins with the fuzzy phoneline feedback of the last message her grandma (whom she is named after) left her before passing away.

It’s mystical layered vocals and gentle sighing horns soon give way to the strutting confidence of “Fit N Full” whose rosy guitar slides and surreal imagery (“It’s so hot / In this restaurant / I might just get fully naked / If you want / I can take it off / And show you what my momma gave me.”) shine a light on the toxicity of diet culture and our relationship with fitness.

Samia’s juxtapositions between reality and the fantastical continue in slower grooved yet equally catchy “Big Wheel.” A song that also really starts to expose the range and dynamism of her voice as it switches from warm and fuzzy, to crisp and sharp without taking a breath. It’s in these moments, rife throughout the record but also particularly present on “Limbo Bitch” and “Does Not Heel” that comparisons to Mitski make the most sense. Samia, though, has her own bite.

Slow, sweeter numbers like “Minnesota” and “Stellate” provide the record with a good dose of melancholia - sitting in those forlorn rhythms, simple strums and soft vocals. It’s only when we get to album closer “Is There Something in the Movies” that we hear grandeur and undisguised gut-wrenching pain in Samia’s voice as she cries “Everyone dies but they shouldn't die young” before delivering the casual offer “Anyway, you're invited to set” with such cynicism.

The Baby is an incredibly self-aware pop record that proves Samia’s not a baby anymore.