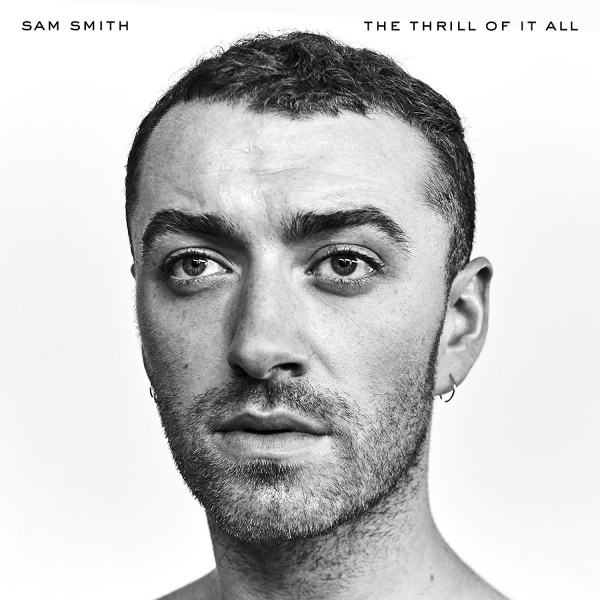 In his follow up to 2014’s multi-award winning debut In the Lonely Hour, Sam Smith bares his soul for listeners in a collection of songs that candidly speak on love, passion and heartbreak.

Following a few years away from music and the spotlight altogether, Smith returns with a truly unadulterated portrayal of the love life of a millennial, but with sophisticated lyrical content and timeless tales of tenderness and despair that even those not of the same demographic as Smith can relate to, suggesting Smith is much wiser than his years.

Opening with lead single “Too Good at Goodbyes” - a song that tells of someone’s strength after intense heartbreak - Smith informs listeners from the offset that this album is a deeply personal one. It is clear from listening that while it may not contain as many ‘hits’ as it predecessor, The Thrill of it All is a stark portrayal of the life of a 20-something who has been thrust into the spotlight and intensely scrutinised, and lays the emotions that come with it bare. The universal themes of love and heartbreak might seem outdated to some; however, Smith’s rich tone with his signature breathiness enables all listeners to relate, as there is a true element of yearning in his voice in every song.

Following the numerous cruel jibes about his weight and his gaffe during his speech at the 2016 Academy Awards - in which he incorrectly stated that it was the first Oscar to be won by a homosexual man - Smith understandably took some time off, and the album truly shows he’s gone and experienced more of life than he had in his debut. This is perhaps most apparent in singles “Burning”, which Smith himself has referred to as the “most personal song [he’s] written in [his] life”, and “Pray”, a collaboration with renowned R&B and rap producer Timbaland, which was inspired by his time spent in Mosul in Iraq with the charity War Child. This song in particular displays Smith’s versatility, incorporating Timbaland’s signature beats alongside a gospel choir who give the song even greater emotional weight. While the imagery that is conveyed by Smith is somewhat bleak, it highlights a depressing realism and finding solace with one’s own sadness.

A true vocal highlight of the album is “No Peace”, the only one to feature another artist, YEBBA, the moniker for New York based soul singer Abbey Smith, who is of no relation to Sam. To hear another singer hold their own whilst performing a duet with [Sam] Smith is a real treat to the ears as their voices compliment each other beautifully, and this song serves as a true standout.

Throughout, Smith’s adoration of the late George Michael is apparent. This album is truly reminiscent of Michael’s Listen Without Prejudice Vol. 1, in which Michael fully established himself as a fully formed solo force to be reckoned with, completely eradicating his ‘teenybopper’ past. Whilst Smith didn’t have a past life as a teen pop idol, it is apparent that this album serves as somewhat of a reinvention from his past, and is an exemplar for other artists trying to put their emotions on display without oversharing, but whilst also being brutally frank. Smith’s skill in reinventing himself whilst remaining true to his artistry and remaining authentic is commendable. Whilst The Thrill of it All isn’t a complete departure from the artist we all know and love, it is clear that Smith is in a new phase of his career and is encompassing what it means to be a ‘soul’ singer.