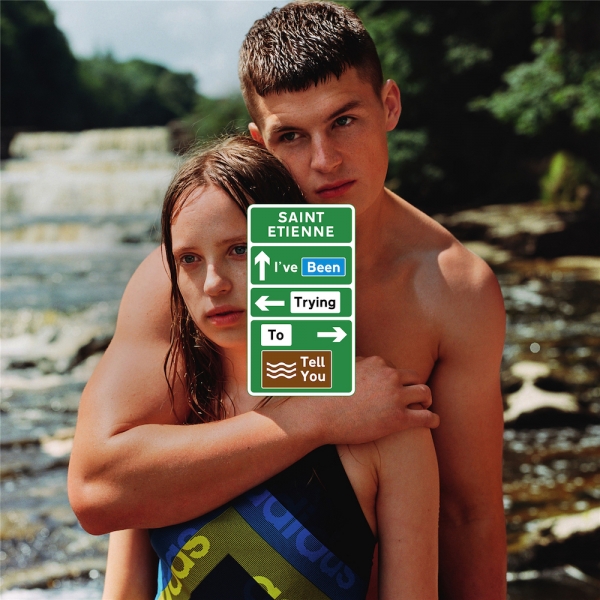 Capturing memory, and recreating past feelings can be a futile task. A haze can get in the way and details can get lost in a fog of time. Saint Etienne has stepped up to the mark with their latest release I’ve Been Trying To Tell You. Grappling with the forgotten golden era between a successful Labour government and the defining September 11th attacks, the group bottle the British nostalgia of the late nineties.

Offsetting hopeful low tempo beats with borrowed R&B samples and field recordings, the record tiptoes on the edge of being dreamlike. Saint Etienne's focus is so clear that if you close your eyes, you can almost feel the soft summer breeze of the pre-internet era, a time ravaged by tabloids and the dawn of reality TV. The album is tied together by ambient pop. Recreating the feeling of a time long lost requires a certain precision and Saint Etienne achieve this by tapping into the soundbites included on tracks played on the likes of BBC Radio 1. "Little K" could be an intro to a Steps song looped and as if to bring you back to reality, the track becomes warped, entangled in itself and leads into the euphorically cacophonous "Blue Kite".

Accompanied by a film directed by fashion photographer Alasdair McLellan, vignettes of youth never to be reclaimed encapsulate the peak of a late nineties Britain. Relationships ended on Westminster bridge, ravers dancing in the sheen of car headlights, topless boys walking through housing estates; an old normalcy that continues in a present day form but will never exist again in how it was during that lost golden era. The distant foginess of nostalgia creeps in the background but doesn't overwhelm the record. A hopeful undertone allows that era to be reflected upon with acceptance and the old feelings to shine as clearly as they can through the mist of memory.