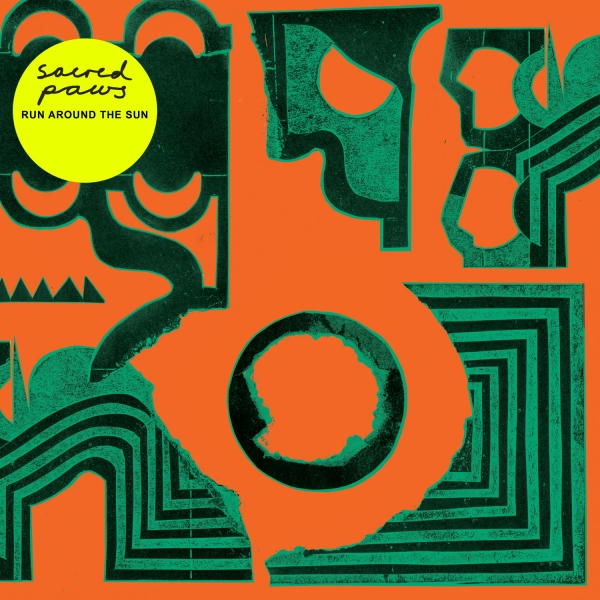 Trash Kit, SHOPPING, Sacred Paws; aside from shared guitarist and vocalist Rachel Aggs, there is one overriding feature that runs through each of these acts: a profound sense of movement.

Whether it’s SHOPPING’s 2018 record, The Official Body, or Sacred Paws’ SAY (Scottish Album of the Year) winning album, Strike A Match, Aggs’ trademark hyperactive noodling is a consistent feature. Capable of both simmering in the background and weaving its own path distinct from the bass and drums, Aggs’ performances initiate the same awkward jiving as Omni, impressive in their execution yet still somehow sounding unsure they’re doing the right thing.

Despite the inconsistent nature of recording Strike A Match (drummer Eilidh Rodgers living in Glasgow, Aggs in London), Aggs’ playing found perhaps its most suitable partner yet in Rodgers, her eclectic, offbeat style a step-for-step match. Its character supplemented by tasteful horn inclusions, the album was a celebratory introduction to the duo, and at once both the same and different to everything Aggs had released previously with her other acts.

Run Around The Sun retains much of that same flavour, continuing to base the duo’s agitated progressions at the core of their sound. Singles “The Conversation” and “Brush Your Hair” embody this approach perfectly, with the latter also boasting the most gorgeous to-and-fro on the album. “Almost It” similarly is a prime example of how seamlessly the duo can bounce off one another, supplemented beautifully by yet another excellent horn section.

As was also the case on Strike A Match, the duo continue to deploy their interlocking performances as a means of glossing over some serious anxieties, tackling subjects from long-distance relationships (“How Far”) to castigating oneself for previous decisions (“Shame On Me”). Where the difference lies is in the transparency on Run Around The Sun, Aggs and Rodgers adding an additional layer of considered reflection to their sound. “Life’s Too Short” is one such moment, retaining its playfulness though more plaintive and uncertain than normal. Even when Aggs appears to try and remind herself that “life’s too short” she’s anything but convincing, making no real concessions to honestly try and kid herself otherwise.

Nowhere is this increasingly reflective approach clearer than on the closer, “Otherside”. Not only is it less jaunty than other tracks, but the melodies are yet more tender, Aggs and Rodgers giving each other space as opposed to urging one another onwards. As Aggs reflects “I know I have changed, in ways I can’t explain”, it’s the kind of admission that highlights this shift in their sound, and indicative of musicians that have continued to grow and mature as artists.

There’s no doubt that Sacred Paws are still the kind of act that can get you dancing at the front of the stage. They just might also spend time lulling you into quiet introspection.