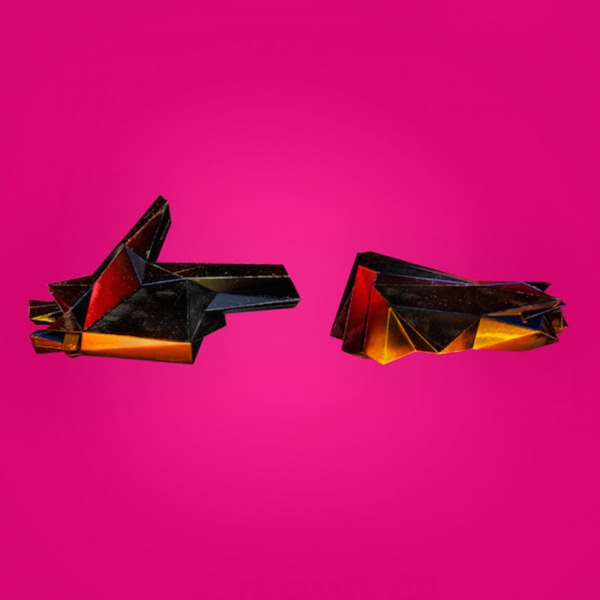 We’re not even halfway through but its fair to say that 2020 has been a shitty year.

We’ve seen wildfires ravaging Australia and have had to negotiate the fallout from a global pandemic but it was the death of George Floyd on May 25th that rightly shocked and appalled both America and the world at large. It exposed the racism inherent in our systems that many of us have wilfully ignored for too long.

This is the environment in which Run The Jewels’ fourth full-length album has been rush-released. Arriving two days early and for free the group stated “Fuck it, why wait? The world is infested with bullshit so here’s something raw to listen to while you deal with it all”.

It’s a sentiment that anyone can understand and that’s why it’s such a blessing that RTJ4 is one of the finest hip-hop releases of this year and the best to come from the American duo to date.

The two singles "yankee and the brave" and ‘"ooh la la" open up proceedings with blistering force and immediately establish El-P’s penchant for producing skull busting beats and catchy hooks to serve as the framework in which both he and Killer Mike can flaunt their lyrical chops.

This is still the Run The Jewels that you know and love, it just feels more refined, it’s evolved. They’re now just as comfortable conjuring comical couplets as they are in delivering difficult subject matter and challenging the status quo, whether that be Killer Mike’s discussion of police brutality towards black men in "Walking in the Snow" or the duo’s rage against the state across the LP.

Track "never look back" is a personal favourite which sees the duo spit deftly over nervous rattling hi-hats and a punchy, discordant synth that supports the darker themes at play within the song.

These tracks, as well as all others across the record reveal just how far the duo has come. Both EL-P and Killer Mike now fully understand where the strengths of their partner lie and as such they regularly produce space for not just one another but also their laundry list of collaborators.

The features on this album are insane, not only in the quality of the end product but in how so many of these pairings just don’t seem like they should work.

For example, Pharell sings alongside Rage Against the Machine’s Zack de la Rocha for an excellent critique of modern society and slavery on "JU$T". Conversely, "pulling the pin" brings Mavis Staples and Josh Homme together for a song that’s not only totally coherent, in spite of what should be a thematic mismatch, but a significant high point on the album.

RTJ4 is Killer Mike & El-P’s masterstroke. This is musical evolution for moral, social and political revolution, the group now creating anthems in the pursuit of tolerance, respect and unity. RTJ4 is a clarion call to push back against systematic racism, bigotry and inequality wherever it might be seen or is hidden. In this aim as well as creating something to help you deal with it all, I promise, it is a resounding success.