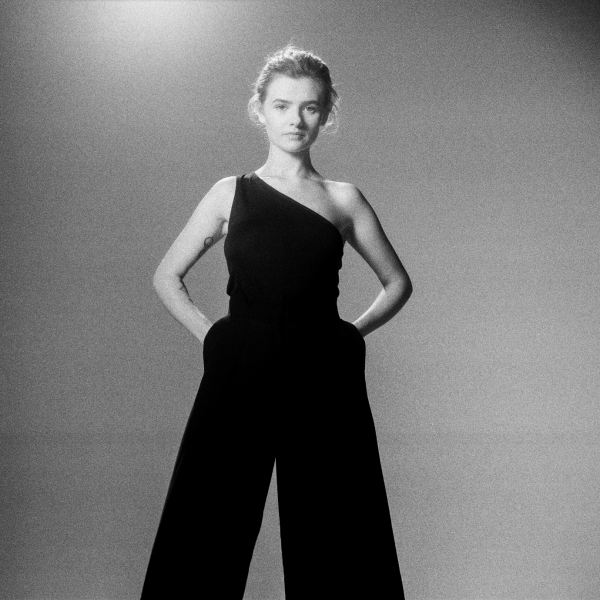 “Left me broken, smashed like a glass on the floor.”

This vulnerable line opens the title track of Rosie Carney’s debut album Bare. Although she’s only 20, some may say this album is overdue due to Carney grappling withand eventually being dropped by a major label at just 18. Whilst in her deal, she was encouraged to change her stage namel; it’s assuring, therefore, that free of those expectations, Carney has delivered a debut that reflects her authentic self.

She demonstrates vocal prowess on the forthright and genuine "Humans" where she achieves harmonies so heavenly it evokes thoughts of The Staveley-Taylor sisters. Meanwhile "Awake Me", a stunning pre-released standout positions Carney’s demure vocal firmly in a soft spotlight as she pleads into the darkness for gentle care. Rosie’s songwriting is often so conversational and confessional ("Winter", "Bare") that as a listener you feel as though you’re listening in to private ponderings. She manages to create an atmosphere with word and one string in a manner similar to Laura Marling. This debut is also a collation of some of the young songwriter’s most accomplished releases to date. The Lisa Hannigan-featuring "Thousand". Two haunting voices questioning future things over gentle percussion and remaining ever spirited and strong in the process. “There are reasons to leave, but a thousand more to live” is a line of absolute resolution.

For an artist so young, Carney presents a brilliant understanding of the emotional impact of relationships on the self. She also demonstrates a folk knowledge far beyond her years, injected humanity into her narratives. “When will you comfort me? I traced your back so I could see where you’ve been” she muses on "Zoey" and once again questions “how do you sleep right through bold and bare” on the album’s title track. She has commented: “It all comes down to the feeling to me. Although we experience things differently, at the end of the day, everything comes from love and fear. I try and capture those feelings.” This neatly summarises the sounds of Bare, deep rooted in folk tradition yet influenced by Rosie’s own isolation and inner turmoils.

The final emotional one-two of "7" and "Bud (Rose)" is truly devastating. The first is a quietly epic march towards melancholia centring around the heartbreaking choral hook “I will always be alone”. Humans are social beings and to face the potential of a lifetime of loneliness so straightforward is deeply affecting. The closing track is purely piano, a gorgeous piece that allows you to reflect on everything Rosie has said on her debut without her needing to add more. Sophisticated and sombre, Carney knows how to evoke emotion with precision; on this record, she does so with extraordinary effect.