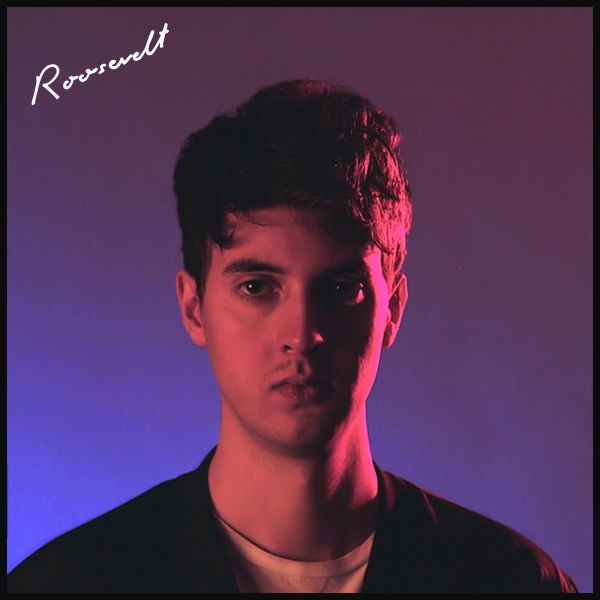 For the past six or so months I have been pestering my friends to listen to the music of Marius Lauber, a young German signed to Greco-Roman who, under the title Roosevelt, pulls elements from disco, funk, Balearic house and electro and, drenching them in rich synth swathes, creates upbeat and contagious pop music.

Like a confluence of Friendly Fires and Washed Out, Roosevelt’s first offerings from the 2013 EP Elliot ticked all the boxes, from the dark but euphoric pulsing rhythms of “Elliot” to the spicy bass line on “Montreal”, all with Lauber’s melancholic vocals looming over cavernously.

Last year’s “Hold On / Night Moves” single was even better, capturing a palpable sense of the nocturnal energy of Lauber’s performances and DJ sets around Germany and the rest of Europe. These two tracks feature on Roosevelt’s self-titled debut album, but with some disappointment — having already earned so much excitement — it feels like Lauber has played his best cards a little early, as they remain the strongest on the record.

Indeed, earlier this year in the run up to the release Lauber dropped the double-track video for “Colours” and “Moving on”. Both the video and the tracks are instantly engaging, aesthetically coherent and progress naturally in the same energetic disco-pop vein as “Night Moves”. But once these four tracks have been accounted for, plus an intro and extended intermission (“Daytona”), there isn’t much left to be inspired by. Given this logic it’s even more confusing as to why “Sea” is included, which is by far the least melodically or rhythmically interesting track from the Elliot EP.

None of the tracks are bad per se; pop-anthem “Fever”, for instance, is sure to be popular on the festival circuit, and “Closer” is a dreamy end to the record, harking back to some of Lauber’s more chill-wave influences. But they lack something that the first tastes promised, and so pieced together it feels like the debut is not worth more than the sum of its parts.

In a way though, this seems more of a critique of the record’s release campaign, and given the strength of the first offerings, Roosevelt is absolutely still worth pestering friends about.