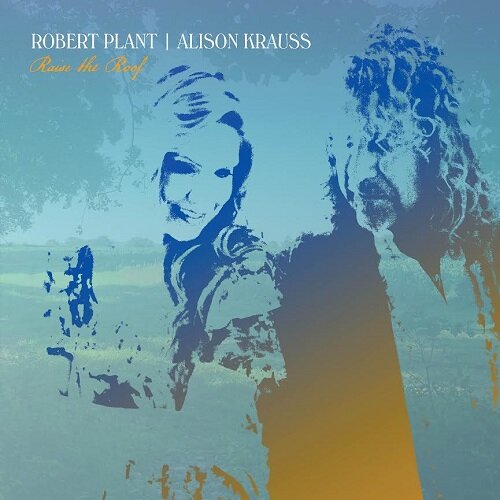 Take a major rock legend who carries the kind of baggage from past achievements that renders renewed relevancy almost impossible. Add a singer/fiddler who is a huge star on the staunchly traditional US Bluegrass country scene, but not that well known beyond her niche audience. Throw in a bunch of mostly vintage songs often excavated from beneath several layers of deep obscurity.

Considering the surprise success of their first duo album, it’s not surprising that Plant and Krauss don’t mess much with the alchemic formula for this overdue follow-up. Even so, there is not a whiff of a cynical retread of old tricks during Raise the Roof, which manages the trick of coming across both sophisticatedly polished and winningly raw and in-the-moment.

It takes a few spins for the richness of the seemingly sparse arrangements and the thematic coherence (lost love, betrayal, squashed dreams, with a hint of salvation) of the eclectic source material (covering a spectrum of Americana from New Orleans to the Mississippi Delta via Nashville and Tucson, with detours to the folk roots of the British Isles) to reveal their full charms. After that, it’s clear we are dealing with the gold standard of the often lazy ‘covers album’ concept, where the curation of the track-list and the reimagining and recontextualizing of the source material provide no less impressive creative thrills than killer original material.

Although the endlessly versatile, unobtrusive but subtly muscular band assembled by Burnett plays a major part in generating the album’s gradually escalating, hypnotic pull, Plant and Krauss are the undisputed stars of Raise the Roof. Apart from the wounded and woozy majesty of opener “Quattro (World Drifts In)” (originally by Calexico) and the barbed-wire stomp of the closing “Somebody Was Watching Over Me” (written by soul/gospel giant Pops Staples), the two singers are rarely in a straight-ahead duet mode. Instead, we get Plant hovering like a gentle ghost around the edges of Krauss’ haunted, eerie take on the Everly Brothers’ rockabilly gem “The Price of Love” and Krauss turning up to add anthemic boost to Plant-fronted, soaring electric rethink of reclusive British folk singer Anne Briggs’ defiantly stark “Go Your Way”, which also offers the hitherto unheard thrill of the ultimate strutting rock ‘n’ roll rooster of the 1970’s arena rock circuit singing – with 100% convincing, heartbroken urgency – from the perspective of a woman left alone at home while partner man goes off on a potentially fateful adventure.