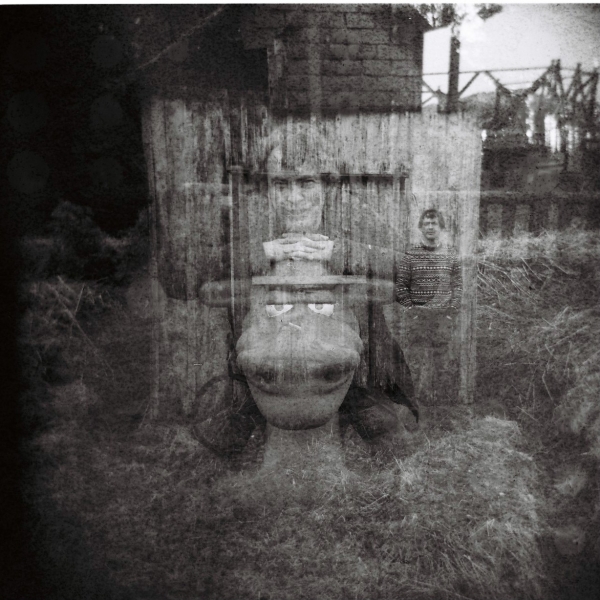 Summer Through My Mind is the latest release in an already extensive catalogue of albums by Richard Youngs. What makes this both surprising and welcome is that despite having over forty releases behind him, Youngs is a musical nomad. His pursuit to familiarise himself with what is within when confronting the unfamiliar without creates a seemingly eternal variety of sounds that, this time, have shaped themselves as a warped country album.

Emphasis on warped, by the way, as Summer Through My Mind is not country as you know it (or will probably ever know it again). The solemn acoustics on opener ‘Mountain of Doom’ may mislead you to expect a “woe is life/woe is me” type lament – until haphazard harmonicas burst through the chorus like a drunk man stumbling into the last bar open at two a.m. for ‘just one more drink’ despite not having ingested anything solid or non-alcoholic since last Tuesday. An extensive metaphor, yes, but Youngs moulds metaphors like a potter sculpts clay (I did it again, I know) and the balance he strikes between dark lyricism and chaotic instrumentation acts as a blueprint into his mind. But really, it only takes one listen to “I’m just crazy for my mountain of doom” to encourage a newfound taste for metaphors.

The jaunty, echoing ‘Misjudgement’ is an optimistic number that you think is going to lead into a cheery ballad but, at forty-six seconds, probably won’t. (Clue is in the title, I suppose.) But then there’s ‘Spin Me Endless In The Universe’, 11’43” of tilting, finger-picked rotations and a two-string droning chord. It spins itself out of any melodical reason, into and out of auditory understanding into a dimension so bizarre you may start to wonder just how long that bent, semi-vibratoed, fret-slid banjo string will hold out before it’s plucked into oblivion. (Spoiler: it is quite possibly invincible.) As the song drifts into a clumsy chant, you can almost smell the smoke of incense sticks wafting beneath your nostrils; but such has been Youngs’ ingestion and subsequent regurgitation of perspectives on life – spiritual.

Title track ‘Summer Through My Mind’ unites heartfelt vocals with a more emphatic and, well, “conventional”, guitar-chord melody, whilst follow-up ‘The Future Is So Different Today’ acts as its banjo-driven sibling. Meanwhile, ‘The Story Of Jhon’ is a literal story in more ways than one. On the most obvious level, it’s a ten minute lyrical narrative, but Simon Joyner actually narrates the story that is then sung back by Youngs. Which, if nothing else, is a good safety-net to better protect against forgetting the lyrics. Melodically, guitar strums slide in and out of the dual narrative that drifts from turmoil to fantasy, the dark to the disturbing.

As Youngs stumbles through various shades of melancholia, he explores “bad people”, troubled minds, “dark spirits” and pure spirits, resulting in a record that reflects the pangs of life and the solace of music. Elements and instruments are scattered about throughout – guitars, banjos, harmonicas and percussion all rise and fall like the waves of the eternal tides as he voyages across the seas of a contemplative mind. Somehow intimate yet vast, Summer Through My Mind is a record that you may not like or even “get”, but you can lose yourself in the familiar sense of disorientation and confusion of life that is revealed by a divine understanding within the songs themselves.