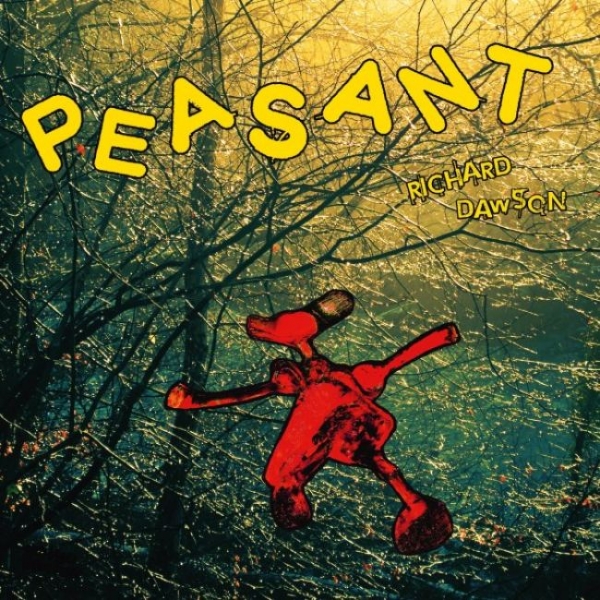 Richard Dawson never seems entirely comfortable with being described as a folk musician – “anything but that,” as he recently asserted in an interview with The Quietus.

An inoffensive term, one might think, that try as the nauseating likes of Marcus Mumford might, is associated with far more with wordly balladry and tactile human exchange than it is with translucent “authenticity” and dodgy vocal approximations of Farmer Palmer from Viz. Yet if we subject Dawson’s career to closer scrutiny, clearing away the rattling acoustic guitars and meandering, apparently provincial narratives (which are never anything like as region-specific as they might seem on the surface), it’s easier to see why he might object to such a label. For although Dawson might borrow from and work within many of the aesthetics of the British – well, Celtic – folk tradition, with some bluesy inflections and a consistent gaze towards the shadowy vistas of experimental rock and noise music, there’s little that’s genuinely “traditional” about his work at all. His songs are not adaptations of troubadour classics, nor are they the ramshackle ‘60s-pop-tunes-disguised-in-Fairport-Convention-costumes that apparently pass for folk music post-Mumford. They’re weirder, wider in scope, infinitely more profound than that. They always have been, and, on Peasant, are perhaps more so than ever before.

Since the record was announced with the expansive, resplendent “Ogre” – personally, my favourite song of 2017 so far – we’ve had an inkling of what to expect. That song is one of his greatest so far, a dizzying maelstrom of primal guitars, primitive percussion and howled, evangelical melody that dervishes into a transcendent climax from its quaint, unglamorous introduction. One of Dawson’s great powers – of which there are many – is his ability to instil his work with a sense of the ultimate, the apocalyptic, no matter how prosaic its superficial content may seem. Songs like “Wooden Bag”, which begins as an obsessive listing of the appearance and contents of the eponymous receptacle and fast becomes a devastating rumination upon the transience of all things human, or “The Vile Stuff”, in which the songwriter manages to perfectly express the terrifying powers of vice and religion via an allegorical tale of a Year Six school trip, are masterful cases in point, and “Ogre” is more than worthy of that canon. By focusing on the tiniest specifics of archaic life, Dawson manages to express the timeless profundities of family bonds and local identity with an eloquence that is unrivalled by virtually any British songwriter working today.

So although “Ogre” is undoubtedly the record’s early highlight, by no means does the rest of Peasant pale in comparison. Never a man to shy away from his grand narrative ambition, Dawson has set his album in the Anglo-Saxon kingdom of Bryneich, whose territory covered much of North-East England and South-East Scotland in the 6th and 7th centuries. The period details are (to a layman like myself at least) exactingly and beautifully realised. Although he sings in modern English, Dawson constantly harks back to small but significant facets of the era – “we’ll pitch a tent of pig-skin on the beach” et al – and this constant focus on such minutiae lends those moments in which he opens out into timeless sincerity even more powerful than they have been in the past. For instance, when the first two lines of “Prostitute” (“There has to be more than this; is there no reason for me to exist?”) enter after the frenetic workout of “Weaver”, the singer’s extraordinarily versatile voice loses its drama, and the vulnerability that is always at the heart of Dawson’s work is laid bare. Then, just as the mask is about to slip entirely, the song leaps up (literally and figuratively) into a passage that expresses a period-bound but contemporarily relatable outrage: “How is it so that a child can be bought for a year’s worth of grain in this day and age? It’s hard to explain, but it happens again and again”. Once again, Dawson’s allegories are almost unnerving in their spot-on pertinence, despite their apparent obtuseness.

I could go on and on about this album – the stunning guitar playing, those magnificent end-times arrangements, Dawson’s remarkable vocal – but I won’t. Like much of this man’s work, Peasant is an album whose power is best discovered via extensive personal investment. It’s not a grower as such, but one simply cannot digest a record of this scale and ambition all in one go, and my two-pence-worth isn’t going to speed up that process. Suffice to say that it deserves that investment. Its significance, its profundity, its sheer exhilarating force will stay with you for far longer than just about anything else you’re likely to hear this year.