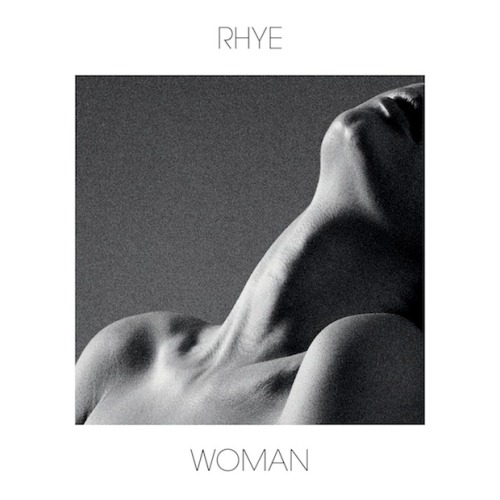 RHYE’s full-length debut begins as sensually as ends: with luscious strings, soft synthesizers and singer Chris Milosh’s androgynous falsetto coos. Woman is replete with soulful harmonies and low-key grooves that caress like sheets of silk against smooth skin. It’s some pretty sexy stuff, a fact undiminished by one of the songs (‘Open’) appearing in a Victoria’s Secret commercial.

To get a sense of how far this album stretches out, notice the exposed ribcages on the title track as Milosh’s voices swells, harmonises, and dances in thin air around a orchestral arrangement which builds off of a looped organ arpeggio. Moments like this aren’t very uncommon on this album. ’One of Those Summer Days’ works up a similar timbre-rich, classically-paletted grandeur around a melancholy guitar loop, with a reverb density that could bleed through a brick wall.

For sexy-time bedroom grooves, you can look to songs like ‘Three Days’, ‘Shed Some Blood’ and ‘Hunger’ which glide on the back of punchy bass lines informed by equal parts funk and R’n’B, occasionally evoking Pet Shop Boys circa Bilingual and Michael Jackson circa Off the Wall - even simultaneously at points. Understated as the melodies are, they are far from being underwhelming. It helps that for as many synthetic drumbeat elements appear on the album, there are as many sweet piano tones and bountiful string and brass harmony lines.

As much as each track conforms to the idiomatic prerequisites of a definitive pop-song, they are far too contentious to be described so vaguely. The orchestral elements and unequivocal use of organic instrumentation are grounded in traditions of decades (and even centuries) past. This is mostly to the credit of co-collaborator Robin Hannibal, who is classically educated and responsible for writing most of the instrumentation.

For a debut, the album has a spacious sound, and that can also be accounted for by Milosh and Hannibal’s music history which predates Rhye by nearly a decade. Milosh, who is actually trained on cello, has previously released solo electronic music, while Hannibal been involved as a producer/composer behind myriad projects, including his concurrent Quadron.

In a recent Best Fit interview, Hannibal suggested that his music wasn’t intentionally made to be sexy, but that it just sort of was a natural byproduct of his and Milosh’s musical marriage. Nonetheless, there’s no escaping Rhye’s seemingly effortless ability to make lips quiver and knees weak upon a single listen-through.