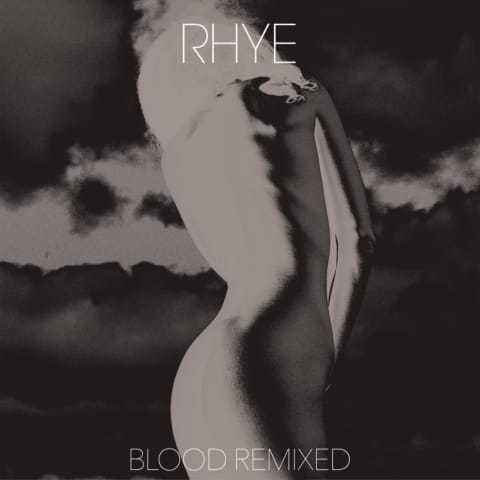 Think of RHYE, and dance bangers might not immediately spring to mind.

Over just a couple of albums, the group’s delicately poignant take on downbeat poetics has won them a legion of fans, but less for its get-the-party-started vibe, and more for its luscious textures and emotionally intelligent lyrics.

That said, when I went to see RHYE live earlier this year, the band’s percussive sensibilities came to the fore during the set’s opener of four of their key tracks from the latest album, Blood, which they remixed themselves into a surprisingly danceable ensemble. Hearing Mike Milosh’s distinctive vocals in an unexpected setting was both surprising and not – the sedate rhythms that these tracks luxuriate in dovetail surprisingly well with a slightly dancier vibe.

So, here we have Rhye Remixed, exactly what is says on the tin. Think of it more like old friends given new, trendy haircuts and a fresh outfit, and you’re there. The list of collaborators is pretty impressive too, from heavyweight clubs DJs to smaller, niche electronic outfits, all of whom tend to err on the darker side of their personalities, in line with Blood’s restrained take on heartbreak.

Mano Le Tough’s spaced out, sketchy and cosmic take on “Taste” is a superb high point, softly segueing into the warm boutique hotel pleasantries of Poolside and Tensnake. Jacques Greene creates an Italodisco-tinged crescendo with twisting echoes, while Jeff Samuels goes for a banging two-step beat and a piano loop. Elsewhere, Little Dragon add a hint of menace to “Phoenix” with an almost camp hugging rhythm and distorted lyrics.

As you’d expect from any remix album, there are highs and lows – the latter coming in the form of some of the more forgettable takes (Mansionair, take a bow). For me, this record has two standout tracks. Trip Tease go in the opposite direction to most of the remixers, slowing “Blood Knows” down into a stately, funereal parade which really catches your emotions before breaking into a classic slowbeat format. Illangelo also bring out an essential truth from "Sinful", elaborating on a spindly, folksy guitar like, masking lyrics out with an underwater filter which gives this track a disconcerting, dystopian makeover, before going full-on ‘90s sci-fi film freakout.

Bringing a fresh perspective to RHYE’s undeniably beautiful tracks, this album is a must-hear for fans of the band, but also shows their mastery in a new light. None of them beat what I recall of the live show though, and what I’d love is to hear the band’s own take on remixing their album – maybe it’s a hint of a future direction for the next record? Either way, this perspective is refreshing, and showcases just how far you can go when the base tracks have so much life in them.