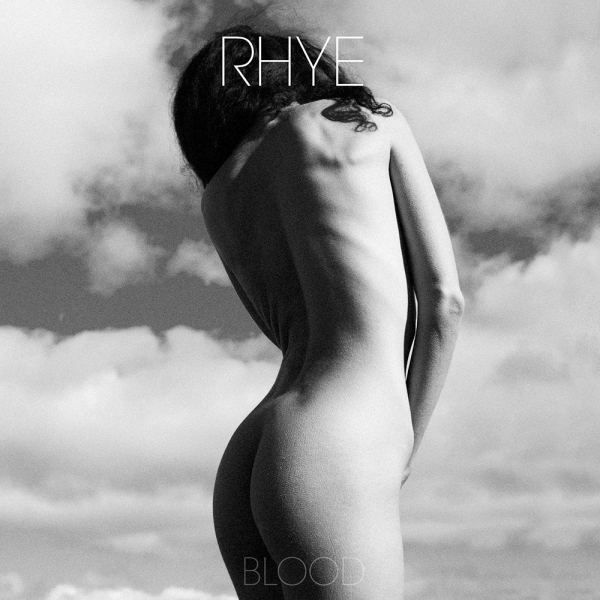 If modern pop is to be believed, the soundtrack to eyes meeting across the dance floor tends to sway towards the euphoric banger end of the spectrum.

Soaring vocals, huge fist-pumping beats and Calvin Harris’ name attached to it somehow. But while it can feel like fireworks are exploding everywhere as though at the end of a early 2000s romcom, love on the dancefloor can also feel more intimate, more restrained. Like you're the only two people in the room.

That’s where RHYE step in, plying their trade in the quiet, dark corners of the club. 2013’s spectacular Woman found beauty in the bare minimum. Mike Milosh’s androgynous countertenor is one it’s easy to get lost in, swept up in the romance of blooming relationships.

Their latest album, BLOOD, continues to search for this beauty, but now it’s in the aftermath of a slowly dissolving relationship. A place where it’s much harder to find those moments of hope. Here, much like with their take on burgeoning romances, they take a subtler approach to post-breakup contemplation. There are no Carly Rae Jepsen-esque breakup anthems here. Instead, a much quieter battle rages in RHYE.

On the beautifully subdued “Please”, the keys of the piano sound like they’re being tickled more than played, as though Milosh is trying to step across thin ice in an attempt to make things right. “Oh baby, please. Oh, my heart’s on the pavement”, he sings in that wonderfully fragile voice. The glowing synths make “Waste”, meanwhile, feel like the morning after a catastrophic event, as Milosh tries to unpack what just happened, singing “I’m going through them changes”.

But it’s not all about hopelessness. “Phoenix” is charged with sexual desire. The buzz of the guitars and the groovy baseline bring to mind the intricate dance to impress as a new chapter begins. It’s about being ready to move on. The contemplation is over, and now it’s time to move forward with a more confident outlook.

“Count To Five” is the first sign of the much funkier side of RHYE, yet one still within their realms of the subtly sexy, that “Phoenix” uses to its full potential later. The way Milosh practically coos “I’ll keep you waiting/Make your move first” captures that shy first encounter, where both parties know it’s going to be more than just a random fling and neither want to fuck it up. The past still preys, but the future is calling.

The live feel of the album, with the collision of traditional orchestration and silky synths, gives BLOOD a more human feel. It’s intense in its subtlety, not wanting to be overshadowed by bombastic production.

Yet, while beautiful and engrossing, it doesn’t have a whole lot new to say. Woman made an impact because it was an album practically devoted to a happy, loving relationship. In a world of breakup bangers, it felt fresh. The themes tackled on BLOOD have been tackled a million times, so the album is much more reliant on how it tells the story than what the story is.

Luckily, how it tells the story more than makes up for the story itself. Milosh’s vocals are as beautiful as ever, and the lush tones that paint the album wash over you like a silk bedsheet. Sometimes, subtlety does prevail.