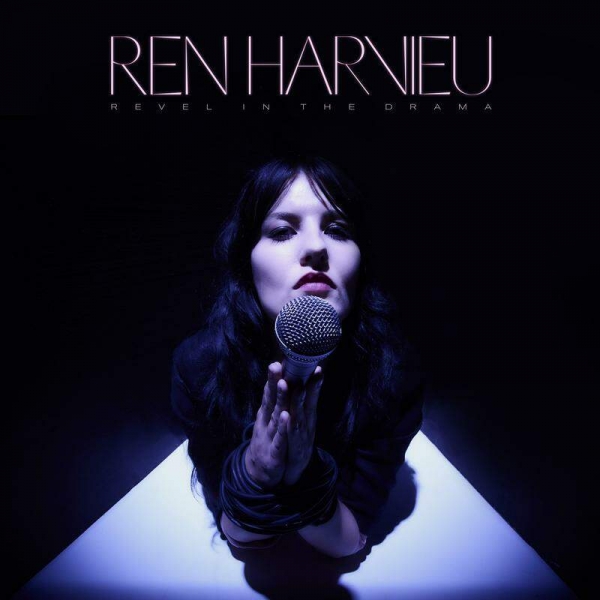 The music industry can be an unforgiving beast. Until this year, Ren Harvieu was a musical footnote with a fragile history which left just one album in her wake - 2012’s Through The Night - despite a Top Five single, a Jools Holland appearance and the backing of Island Records. But the termination of her contract with Island, and her suffering a freak spinal injury a devastating month after finishing her debut LP, threw everything off course.

Gettng back on course with a newfound working relationship with fellow songwriter Romeo Stodart and a better-fitting label in Bella Union makes Revel In The Drama not only a second chance, but a statement about rebirth, self-acceptance and artistic liberation.

Despite eight years out, the haunting voice which made the Salford-born singer’s name remains strong. Unlike the chart-intent cleanliness of her debut, Harvieu reveals herself to be far more indebted to a strange and timeless baroque sound, channelling Peggy Lee and Regina Spektor far more than Adele. Opener “Strange Thing” features some Roy Orbison guitar-licks and a chorus of applause. Stodart’s production is dense and baroque: this track alone bursts at the seams with synth warbles, violin vamps, a choir and a vaudeville piano; blended seamlessly. "Teenage Mascara" ends with a wonderful Spaghetti-Western breakdown driven by a Spanish guitar and nonchalant whistling.

This newly engaging style soundtracks the infectious joy of living Harvieu flaunts throughout the album. Fleeting images capture small moments of personal liberation, like “cutting my hair in the bathroom mirror”, while others such as the witty “Tomorrow’s Girl Today” declare mission statements for the future: “as soon as I stop making bad decisions / oh world, watch out!” One of the most moving - the closer ‘My Body She Is Alive’ - captures the relief and renewed sense of control anybody who has overcome a life-changing injury can surely sympathise with.

The foremost issue here is uniformity. Many of these songs follow one formula: a scene-setting opening salvo followed by musical bombast, differentiated superficially by a new obscure instrument from piano accordion to trombone. Some songs proceed with a sense of deflation, lacking the decisive vision or the strongest of hooks to keep the momentum going. Each of these tunes boasts luscious production and Harveiu’s generous vocal talent, but some songs like the repetitious “This Is How You Make Me Feel’ don’t have the tunes at their core to thrive off this alone.

There are hints that the richness of the production is actually at the album’s detriment, as some of the more modest ballads - the decidedly straightforward "Curves & Swerves" and the haunting, string-backed "You Don’t Know Me" - are amongst the album’s best. These highlights point to Harvieu as a voice in English music which has been missed and is more than welcome back, and she sounds like someone intent on spinning a rare second chance into something that will stick.