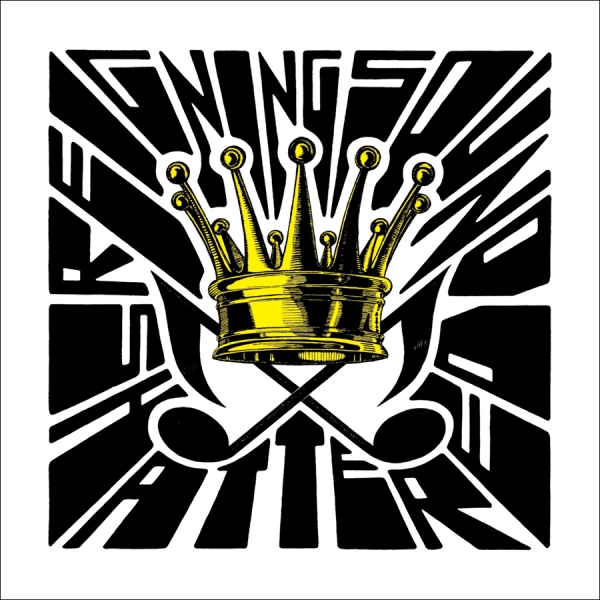 Merge Records seemingly specialize in releasing albums from bands whose dependability translates to buying each new release without hearing a note. At this point, no one needs to preview the newest Superchunk or Lambchop single to know the attendant album will be good-to-great, will scratch a very specific itch. The same goes for Spoon, Wye Oak, Arcade Fire, and the label’s recent signee, garage rock revivalists Reigning Sound. Previously signed to In The Red Records, the Detroit indie with a lineup of artists more adjacent to the band’s Stax-and-Sonics aesthetic, Reigning Sound’s move to Merge feels like an entrance into some sort of indie rock hall-of-fame, an official recognition of a long run of consistency and idiosyncrasy. Indeed, the fact that the band recently moved from the blues-and-soul capital of Memphis to Asheville, a liberal arts college town halfway between Memphis and Chapel Hill (Merge’s home) seems symbolic, perhaps even representative of the wider fan base one would expect to follow the Merge seal-of-approval.

As such, Shattered, the band’s newest LP, feels like the sort of record that is centered between summary of past sounds and a mustering of new energies. The album operates in archetypes and traditions that have been around since the Nuggets compilations and Otis Redding and The Stooges, if not earlier. Guitars are either shaped in slabs of ham-fisted chords or spindled out into fuzzed-over ad-hoc riffs. Organs bubble and groan in the margins, underlining the other kind of revivalism that this sort of garage-soul brings to mind, the Pentecostal tent-preaching kind. Indeed, when singer/bandleader Greg Cartwright, on album opener “North Cackalacky Girl” exclaims “The way you touch my hand, girl / Ooooh, Yes indeed!” the words are more or less an empty vessel for emphasis, for the garage-rock lifer to shout and carry on over dramatic waves of church organ. Later, “You Did Wrong” will follow a similar template, borrowing the Hammond jabs of The Rascals and that band’s knack for B-movie melodrama. There’s a line to be drawn from gospel music to soul music to garage rock, and it’s manifest in these moments. Cartwright is an ace songwriter and an ace proselytizer.

“Never Coming Home” is more ornate and airy, a quiet afternoon interlude of Zombies-esque pastel pop. Strings saw away in the Motown tradition during verses, swell to underline choruses and a plucky, buoyant bassline. The song is lovely and wistful, and like “North Cackalacky Girl” is the finely-crafted product of an artist deeply in tune with the hidden vibrations of his record collection. “Falling Rain” carries the evocative mix of conversation and myth that powers Blonde On Blonde, Cartwright’s crisp tenor and equally crisp storytelling (“You like a car when it’s going somewhere / Past the other side of trouble / Where only me and the devil know your name”) unfolding like a time-worn map beneath more of that spectral organ and ivy-vines of spangling guitar. “If You Gotta Leave” indulges in the hang-dog country-rock of Gram Parsons, riding more Hammond and autumnal acoustic guitar for a narrative about heartbreak and hard-won hope. This triptych through a certain tasteful late sixties record collection constitutes the album’s opening third, and its beating heart.

This is all to say that Shattered is a deeply comfortable and comforting thirty minutes of expertly curated rock-and-soul. On the gloriously catchy, wonderfully exciting “My My” – the album’s finest bit of rough-hewn melody—Cartwright offers to “take us to the rock’n’roll show,” as if we hadn’t already been there for twenty minutes. Indeed, in moments like this one might think of Reigning Sound as a less post-modernist version of The Hold Steady. Like Craig Finn, Cartwright doesn’t just love this stuff, he understands it, knows the equations and chemical compounds at the heart of “Ain’t Too Proud To Beg” and “Stuck Inside Of Mobile With The Memphis Blues Again” and “Gimme Some Lovin’,” and is entirely unafraid to hammer away at those compounds with feverish glee. Over monumental major chords, Cartwright announces: “I said ‘my my’, we can find a spot that is shady / I’m gonna hug you, gonna kiss you, call you my baby.” That’s a particularly elemental sort of American FM poetry, and it’s harder than it looks. That Reigning Sound so consistently, joyously manage that sort of pop-humanist splendour is a wonder to behold.