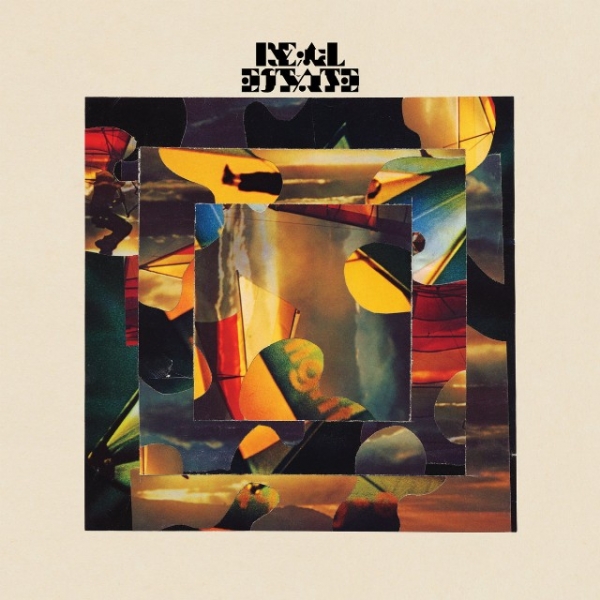 While everyone else seems to be moving forward, Real Estate have opted to remain in the comfort of what they know best and that is making relaxed indie rock.

The New Jersey group’s last LP, In Mind, served as a refreshing kickstart after the departure of guitarist/co-founder, Matt Mondanile, but while The Main Thing surpasses In Mind with a slightly refocused formula, it remains an album with little-to-no huge surprises aside from a scattering of promising moments, and a fresh guest spot from Sylvan Esso’s Amelia Meath.

In terms of a band five albums deep, Real Estate’s music has barely changed, but while they may stay rooted on the outskirts, there’s a spark that exists. The opener, “Friday” is a simple example – standing as the album’s most gorgeous moment, its uncomplicated build warmly encapsulates the group’s aesthetic. “Paper Cup” serves as the LP’s most ambitious and lively, miles apart from the rest with its rhythmic jaunt and vocal contributions from Meath.

The ambience of “Gone” could easily be mistaken for a Mac DeMarco cut with its silvery, laidback twang, but even while the record has these added highlights, a lot of its bulk struggles to fully round out and this is the frustration with present-day Real Estate. While tracks like “You” and “Falling Down” serve their purpose as quintessentially defining moments, they fail to make a lasting impression.

But Real Estate aren’t entirely lost. While this album is typical of the band to produce, their agenda going in shows their willingness. “Also A But” quietly sways and jams out respectively whereas “Silent World” sprawls outward with string touchstones and piano treatment.

As the album branches out, including guest contributions from The Walkmen’s Matt Barrick and Arron Johnston of Brazilian Girls, maybe it’s not so much the idea of a band transforming right before our eyes, but more so their ability to be proud of grounding themselves and working towards what they envision.

In so many ways, an audience demands innovation, but Real Estate helps humble us. Although The Main Thing isn’t perfect, it serves as their version of it as we see Real Estate continuing to be both consistent and reliable as ever.