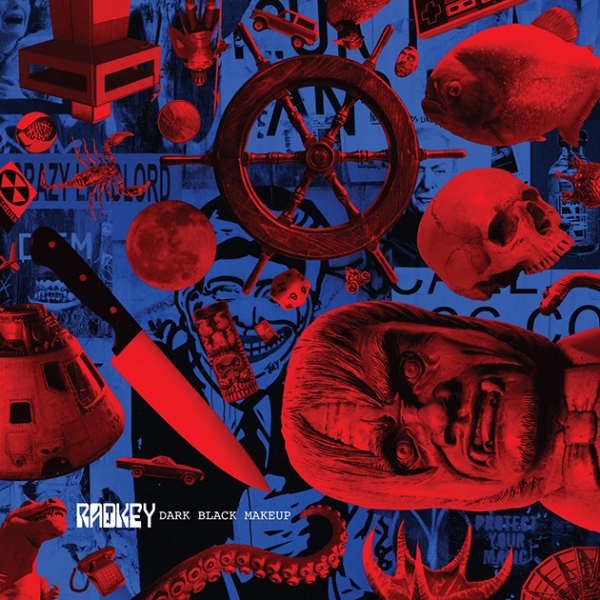 Kids these days. It’s the first line from 21 year old lips. Radkey have grown, punk to the brim, and come with the same mentality: throwing themselves at Dark Black Makeup with ragdoll abandon, fast, mean and leering. Out of them spirals a teen horror flick: a forty three minute skulk through a graveyard with a girl older than you, dyed hair and her septum pierced.

They’re punk, although their music isn’t strictly, with Ross Orton’s bloody fingerprints on it. Verses on Hunger pain could have been kicking around since AM, Except Dee Radkey’s vocal coats it in caramel, where Turner would pierce it with a pin.

He's added soul and refinement, as he did with Drenge, but most importantly he’s added space. The story goes that in San Francisco the pouting “Love Spills” was twice as fast. Orton got them playing slower, and the results are on record. Its stoned strut shaped the album, and in that space the musicianship shines through. The solo on “Best Friends” sounds like Josh Homme doing Buddy Guy, after which the track slinks off, the hi hat clicking its fingers.

The album slowly loses its sanity: Edging over that transgressive line, like all good punk bands do. Misfits are an obvious touchstone, and the US hardcore scene, but the album is much more than a retelling. The home schooled brothers address ‘teacher’ on “Feed My Brain” with the line “what if they were to find out / of our love of our behaviour”. There's a violent psychosexual undertone reminiscent of Jim Morrisson, and Indians on the highway.

And that’s how far they’ve come, plumbing complex, dingy depths, but retaining all the good stuff: the playground finger waggle on “Le Song”, the youthful, small-town frustration that leads them to “smoke weed in the back / drink from your bottle / sneak into your room / climb in bed with your daughter”. The second half works itself into a frenzy showing they can still do fast and hard, but after it passes out on “Feel”, it’s the tracks with space which stay with you. And it’s a space Radkey have made their own.