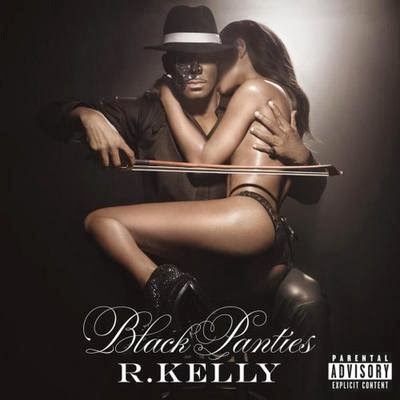 Robert Sylvester Kelly is, if not a deity, than certainly of that cluttered diaspora, that brilliant and dangerous and flawed muddle of preternaturally talented human beings, demigods whose talent has eclipsed the hominal, leaving them above us all whilst below the law. If he is not Eros, he is certainly what plays upon Eros’ stereo when it has come time to ply his trade; if he is not Aphrodite, he is certainly whom Aphrodite fucks; R. Kelly is sex, period, and unfortunately he embodies just as much those malignant, stomach turning elements which breathe heavy and smolder in the furthest umbrae of the domain as he does the riotous pleasures to be found in humanity’s most intimate sphere.

And so it is that it is nearly impossible to listen to any of Kelly’s work—this excellently pornographic newest release included—and not have the proceedings be affected, in some way, by that black undercurrent which now runs underneath any discussion of his life or work. That Kelly was found not guilty of the most damning charges that have been brought against him and that, according to his autobiography, he was sexually abused as a child does not mitigate the fact that the accusations are frequent, as are the payments and nondisclosure agreements which quell them, and that the deeds in question are of a particular kind of heinousness.

All of which complicates the fact that Kelly’s canon – arguably his most important, culturally relevant face – is practically sexuality incarnate, the pinnacle of eroticism in a genre practically founded upon it. The climes in which we recline are Kelly’s natural state; the very air he breathes is laced heavily with lust. That his comfort here comes across less as brave and honest than scared and tortured and from deep end, practically drawing, far-too-soon immersion, in light of those sexual abuse confessions, does not fully diminish the very simple realization that R. Kelly may not be our best artist for love songs, but nobody can sing about fucking—seriously, the subject matter must only be deemed, especially w/r/t Black Panties, only as fucking, the sole “euphemism” which connotes the aggression, gaiety, pleasure, and real savagery, beautiful savagery, of the thing—better.

There is, in Black Panties, none of the delicate pulchritude or avant-garde which marks Frank Ocean or The Weeknd. The lyrics would make Trey Songz and the Ying Yang Twins flush carmine, with Kelly coming off, comparatively, as superior to the former and Pablo Neruda to the latter. In keeping with the poetry, one could make the argument that Kelly is some sort of strange amalgamation of Algernon Charles Swinburne and Elizabeth Barrett Browning, truly salacious content delivered wrapped in ungodly beauty. In comparing sex—and in many cases, the vagina, specifically—to confections, narcotics, and cinematic techniques, among other things, Kelly showcases, again and again, effortlessly, his affinity for the vast, fearless appropriation of whatever is around him, and its transformation into the fleshly; one gets the impression that Kelly could walk into a room, any room, and instantly materialize a half-dozen or so sexual similes and metaphors within seconds, simply through observation of whatever he found to be therein. That many of these veer into the ludicrous (who, by the way, is literally a guest spot on the album, albeit the capital L, Atlanta version, not the concept), somewhat nonplussing, or slightly off putting – or simultaneously all of the above, e.g., “Break your back/Crack it open like a lobster” and “I killed the pussy/Dig it a grave,” both of which come off of “Cookie”, a song whose hook is practically an extended Oreos advert – simply cements, rather than undercuts, Kelly’s place on the carnal throne; only a man who can operate so exquisitely and adroitly in coitus would sing such self-depreciating lines with such sangfroid.

Kelly’s voice is the vehicle upon which all of this can stand to ride, and the images it evokes are almost as lascivious as that which it expresses; the low end honey-dipped, mellifluous, smooth and dewey and inviting as freshly showered, shaved and lotioned thighs; a piercing, passionate upper register, pointed and direct as—ugh, sorry—Cupid’s arrow; an airy, yet somehow muscular, falsetto, which sits in juxtaposition above the rest. Such a voice requires very little, in way of content or atmosphere, in order to shine; that Kelly is a talented, if extremely unsubtle, songwriter, and that the sets he finds himself over and around—never under—on Black Panties are similarly high quality, adds icing to … well, not cake, certainly …

Black Panties is straight up R&B, wanton as the genre is wont to be, filled with liquid, throbbing bass and lush accents, shimmering plink and plunks and breathy tones, the usual accouterments of the libertine with a smattering of the sound du jour lifting Kellz has utilized in the past (“Burn It Up”, anyone?): A touch of drill-esque edge on the aforementioned “Cookie” and “Spend That”; trap elements, both of the Waka Flocka kind on “Show Ya Pussy” and the dance kind in the blooming hook of “Every Position”; even a brief flash of M83 style electro-grandeur in the opening moments of “Throw This Money On You”. This is a high octane love machine, highly tuned, so much so that Kelly not only felt comfortable placing a song called “Marry The Pussy” on here, not only leads into it with a skit in which he lampoons/lionizes his ability to do so, but he then actually pulls the fucking song off, in so much as a song about marrying pussy (a “sexual proposal,” natch) could be said to be pulled off. It is what allows him to take off on one of his flighty, lepidopteran runs which comprise almost the entirety of “Crazy Sex” and “Shut Up”, which call to mind that strange time in the late double-aughts when the only place to find Kelly was in such peripheral efforts as his remix to “Touch My Body”, wherein his wandering troubadour ability led to some of the most creative, invigorating, live R&B singing found until this current wave of more ad-hoc vocalists emerged from the mist and steam.

All of this comes with the extreme caveat that Black Panties was approached, here, from an aesthete’s perspective, with a purposeful, as-cleanly-as-possible separation of artist from man, with a surgical excision of those parts of the spirit which reach to our better aspects in lieu of the one which reaches to the better aspects of what we create. Even with these measures, Kelly’s brush-off “Shut Up” is tough to take, unless one is convinced of his innocence; 2 Chainz’ reference to “fucking since the 12 grade” on ‘My Story’ dredges up uncomfortable allusions to Age Ain’t Nothing but a Number (musical aside: 2 Chainz’ rapping, humorous, often times hyper-literal or, eschewing that, availing itself to of often clunky, almost always great metaphors, makes him the rapper’s spiritual equivalent to R. Kelly, vis-a-vis lyrical style). The allegations which hang from R. Kelly, his grotesque albatross, is such that not even so fine an album as this can totally escape them, which is problematic when one considers that fuck music is also escape music. Feathers excluded, art abstracted from the man, Black Panties is one of the finest albums of the year.