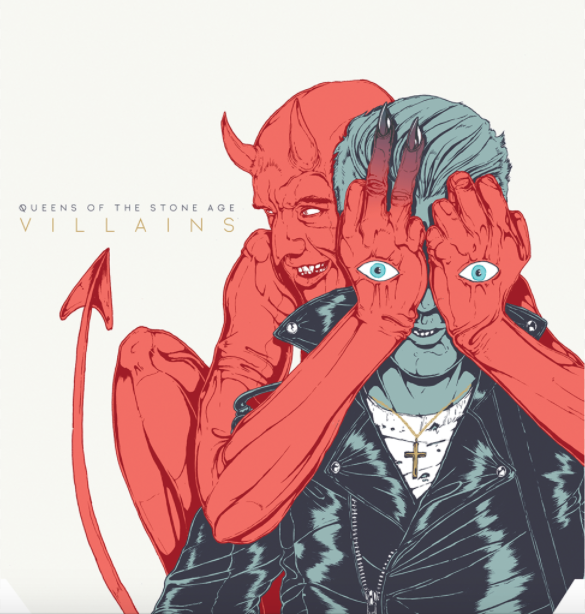 One of the most unfortunate aspects of the fact that so many bands never make it past their second or third record is that there’s plenty of evidence, especially in recent years, that a lot of groups don’t seem completely at stylistic ease in their own skin until they’re much further down the line than that.

Paramore are a good example; always clearly a pop outfit at heart, but not actually revealing themselves as such until they started to channel the likes of Best Coast and Blondie on their self-titled album in 2013 - of course, they doubled down on that front on May’s After Laughter, too. It wasn’t until injury forced The Kills’ Jamie Hince to change his approach to the guitar, meanwhile, that many of his biggest musical loves - from dancehall to Rihanna to Lee ‘Scratch’ Perry - began to seep into his songwriting on their latest full-length, last year’s Ash & Ice.

Similarly, to the casual observer, Queens Of The Stone Age seem like the archetypal rock and roll band. This is both in superficial terms - Josh Homme’s penchant for leather and his dismissive perma-sneer spring to mind - and with regard to what they put out on record, what with them having made one of the biggest rock albums since the turn of the century in Songs for the Deaf and headlined arenas around the world pretty consistently ever since. In actual fact, though, they've always been deeply indebted to groove and funk and have always, too, made tremendously danceable music, even if the more hardcore section of their fanbase would refute that and claim they’d much rather be cracking heads in the mosh pit to “Quick and to the Pointless” than swinging their hips to the likes of “Sick, Sick, Sick” or “Little Sister”.

Since Homme effectively assumed sole creative control within the Queens fold, though, what with the forcible removal of Nick Oliveri and the gradual disappearance from proceedings of Mark Lanegan, that is very much the direction in which the band have headed. There was plenty to point to this on their last album, 2013’s ...Like Clockwork, which swung between the campy drama of “Fairweather Friends” to the infectious strut of “Smooth Sailing” in an instant. Perhaps it shouldn’t, then, be all that outrageous that production duties for this seventh LP, Villains, have been handed to - of all people - Mark Ronson.

However massively overplayed it might have been, Homme was right when he described Ronson’s ubiquitous Bruno Mars collaboration “Uptown Funk” as ‘vacuum tight’ and that is presumably what he was looking for when he brought the producer on board. It means that we get a much more cohesive album than ...Like Clockwork, one that seems hell-bent on turning out an incendiary dance-rock record rather than constantly shifting stylistic shape in the way that last LP did. Still, the manner in which Homme goes about this remains changeable; “Domesticated Animals” feels like a callback to the robotic riffery of the band’s self-titled debut, which turns twenty next year, whilst lead single “The Way You Used to Do” is built around a taut, and irresistibly catchy, guitar part that nods to “3's & 7's” without ever aping it too closely.

There’s a freewheeling punk spirit to “Head Like a Haunted House”, meanwhile, and on the epic “The Evil Has Landed”, the guitars move with head-spinning pace between settings both languid and ferocious; it’s arguably the album’s most experimental moment and pits a lot of conflicting ideas against one another, but it works, not least because of Homme’s nonchalant vocal turn. Perhaps the only misstep is the closer, “Villains of Circumstance”, which is predictable in its progression from sow-burn balladry to explosive instrumental outro - not least because they did this twice on ...Like Clockwork, with both the title track and “The Vampyre of Time and Memory”.

You do find that when a band nail their true colours to the mast as openly as Queens of the Stone Age have here that it puts some of their followers off, surprised as they might be here to discover that perhaps their favourite band aren’t some all-conquering rock juggernaut and instead actually quite like to get people moving. That’s not to say that Villains has shown up Queens to be sheep in wolf’s clothing - they wear the rock and roll uniform well, Homme's snarl unwithered by the passage of time. They've always played that macho posturing with a knowing wink, though, and there's always been plenty of elegance beneath the surface - never more so than now.