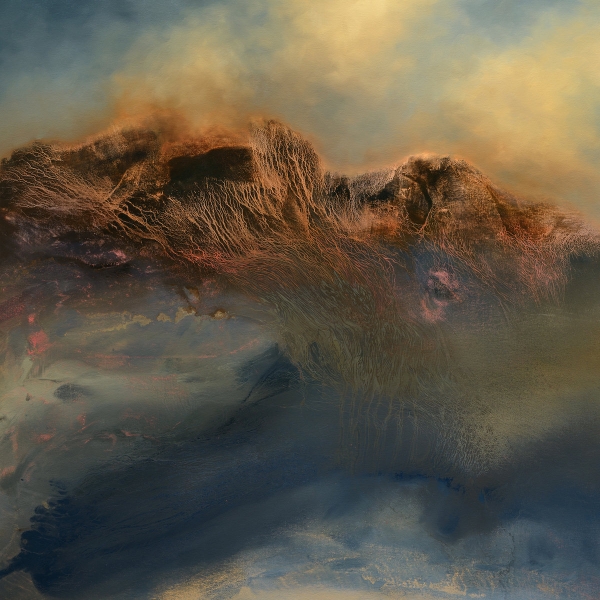 When we last left Sunn O))), they had gifted us this year’s best avant-metal LP, Life Metal, arguably their best record since their breakthrough effort, Black One.

Their newest, a companion LP to Life Metal, Pyroclasts, also recorded with Steve Albini at Electrical Audio in Chicago, explores the vast, transformative depths lurking in Sunn O)))’s harrowing catalogue. It's a record that coaxes its audience to partake in the otherworldly; in what’s easily been the duo’s most successful year, Stephen O’Malley and Greg Anderson continue to harness noise and feedback with uncomplicated progression and punishing force. Here, the duo continue to put their respective stamp on a signature style that’s not just gargantuan in production but has the capacity to summon a world all its own within its jarring, lustral reverie.

Sunn O))) have had an incredibly fruitful year. Having released yet another new song, “End Of the Rising”, on Adult Swim’s second metal compilation, Metal Swim 2, and unveiled a limited run of guitar pedals called Life Pedal in collaboration with EarthQuaker Devices, the duo have now got their second LP of the year under their belts. Manifested from daily practices during the sessions for Life Metal, Pyroclasts is O’Malley and Anderson's piece de resistance, augmented by contributions from Tim Midyett, T.O.S., and Hildur Guðnadóttir. Like the best experimental, ambient, or instrumental endeavours, we as listeners realize quickly that we’re being pushed into a different dimension. Whether it’s in the patience they demand from us or the realization that sound itself has the potential to surpass expectations in remarkable fashion, the music of Sunn O))) carries a sacred message.

LP opener “Frost (C)” submerges us in its tumultuous static. What sounds like the absorption of electric frequencies being intermittently transferred back and forth mimic gusts of wind. It’s a barren contrast to Life Metal’s opener, “Between Sleipnir’s Breaths”; here, we can even envision the aftermath of battle: a desolate wasteland of what once held pure terror. But even despite the track’s monumental heft, O’Malley and Anderson construct the song with specificity in mind, never veering too far off course and stretching its length until it’s ready to snap. “Kingdoms (G)” wavers and thrums with a buzz that remains consistent, but it’s not until the LP’s midpoint where Sunn O))) incorporate slight variations that pull us back to a conscious state.

While these shifts remain subtle and brief, they don’t go unnoticed. The very beginning of “Ampliphædies (E)” is reminiscent of what could be a heavily-distorted GAS cut with its almost-mechanical and metallic repetition, but not even ten seconds in, it disappears, replaced by a surge of chord progressions that reach into higher-pitched guitar wails. “Ascension (A)” closes us out beginning like a tape reel cranked to its top capacity. It even briefly calls to mind what Black One’s “It Took the Night to Believe” would be like if its momentum were sped up to a higher level. But even while Pyroclasts serves as nothing relatively ground-breaking for Sunn O))), we see that their back-to-basics model is something that works well in their favour. Yet, while Life Metal serves as the stronger of the two LPs, Pyroclasts holds its own, musing reflection placed boldy alongside atmospheric fury – two elements that have shaped Sunn O)))’s career and why they continue to be ranked as a top-tier act capable of reconfiguring heavy metal and pushing it into new territory.