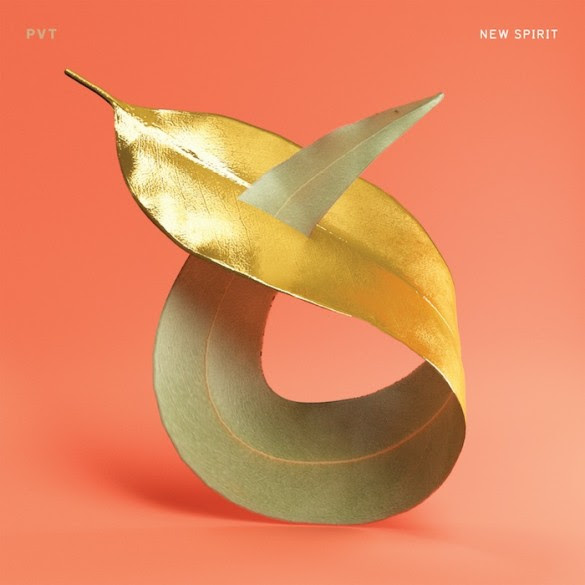 PVT’s latest album, their second for vanguard rock label Felte, is unsettling in subtle ways. Beyond singer/multi-instrumentalist Richard Pike’s recurring use of pitch-shifted, smoky robot vocal effects, not everything is in its right place in the ecosystem New Spirit addresses.

The Australian trio - Dave Miller with brothers Richard and Laurence Pike - have regrouped after a four-year gap since the release of their last album, Homosapien. The tone of discourse has soured in the antipodes as much as it has up here – for a likeminded work, see Brisbane composer Lawrence English’s newly released Cruel Optimism -- and New Spirit isn’t content to hold its nose and drink it down. “I may not be a young man anymore / But I know the score / I know when to give less / And I know when to give more”, Pike states on “A Feeling You Can Find”, aware of the importance of knowing when and how to allocate your attention in a world that wants to sap it from all directions.

If Homosapien was PVT’s post-pop turn compared to the experimental leanings of their earlier output, New Spirit is no less accessible, but offers no further concessions either. Generous but gradually revealing, its most immediate hooks rise out of the nine-minute electro-marsh “Morning Mist, Rock Island Bend”, where, in a curiously dour perspective, “The forest bed is damp with life / The birds are singing needlessly”. As the song expertly builds tension by addition, its repeated “all good things come to an end” becomes in effect the album’s central mantra.

Around this dispirited center, though, ingenuity sprouts. “Kangaroo” applies some of Junior Boys’ smoothness to jittery new wave. “Murder Mall” is a stark back alley synth ballad unique in their repertoire. Every element of the Liars-meets-Dirty Projectors single “Another Life” works in service of the pounding rhythm. New Spirit finds PVT at a point in their development where progress involves some measure of taking stock, and no shortage of directions to look ahead to.