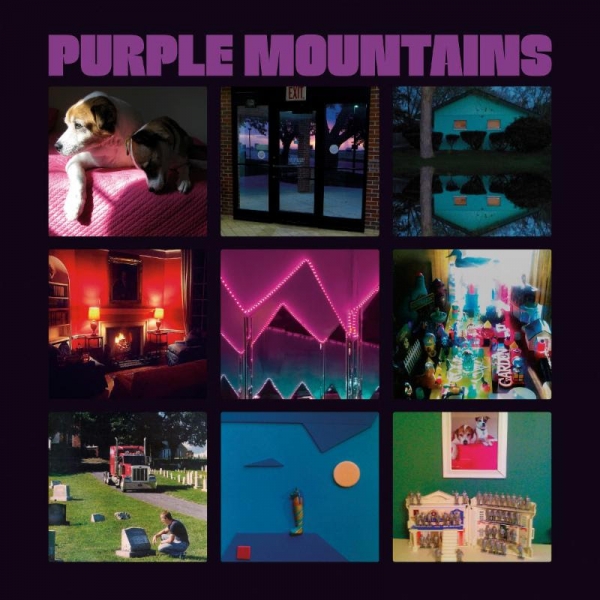 David Berman dismantled Silver Jews in 2009, but chose to couple his announcement of their demise alongside their origin story

The message proclaimed that the band he'd fronted for the previous two decades was, in part, a riposte to his Republican lobbyist father. "In a way," he announced, "I am the son of a demon come to make good the damage." Purple Mountains, his first new project since, makes good of an entirely different kind of damage.

Berman’s absence has, characteristically, been defined by silence. Aside from the occasional public sighting, he’s released a book of cartoons, and given no interviews. As a result, his devoted fanbase—the kind of people who’ve worn out the grooves on their copies of American Water, and are on their seventh or eighth dog-eared edition of his incredible poetry collection, Actual Air—will be hoping that Purple Mountains will give some clue as to what he’s been up to. And that it does.

Firstly, on a purely surface level, Purple Mountains is a beautiful sounding album. It’s the proper country record he’s been threatening to make since 2001’s Bright Flight, which he recorded when he actually lived in Nashville. Hell, it may well outdo that career highpoint. Recorded with folk perennials Woods as a backing band, all the musicians are in the pocket, playing off each other with the kind of natural comradery that’s easily detected when you’ve been a band for fifteen years. As such, it’s surprising how well Berman’s sneering, Eeyorish vocals fit in.

When it comes to the lyrics, however, the frontman is the album’s self-imposed outlier. If his previous band was a way of reckoning with the demons of his past, Purple Mountains, Berman’s first new musical project since then, is all about confronting those that still haunt him. Men like his father may be running America, but Purple Mountains is less about geopolitical catastrophe than personal apocalypse.

Berman has been candid that the album’s two biggest influences have been the death of his mother and his separation from his wife, and it’s impossible not to hear the album through that prism. “That’s Just The Way That I Feel” breaks down the minutiae of “a decade playing chicken with oblivion”, while the two titles which open side two make the two sides of his loss painfully clear: "She’s Making Friends, I’m Turning Stranger" is immediately followed by "I Loved Being My Mother’s Son".

Meanwhile, "Nights That Won’t Happen" opens with one of the album’s most devastating lines, delivered with a disarming mix of certainty, terror and envy: “The dead know what they’re doing when they leave this world behind”. But, at least when he’s singing, you know where he is. Any aural comfort you might get from its blissful outro is quickly punctuated by the thought that, with Berman away from the mic, you almost want to call in for a welfare check to make sure he’s doing OK. It’s that kind of record.

Despite the desperation, Purple Mountains rarely fails to couch its writer’s sadness in some gorgeously imaginative turns of phrase. Hell, at times, it’s actually really fucking funny. The rollickingly catchy "Storyline Fever" punctures his own self-pity—“It’s making horseshit sound true to you, now it’s impacting how you’re acting, too”—by giving habit of believing your own hype a pithy new name. Meanwhile, "Snow Is Falling in Manhattan" takes its title as a jumping-off point, spending its six delicate minutes painting a detailed landscape with a level of deftness that rivals Leonard Cohen at his best. Perhaps more than anywhere else in his catalogue, as Berman puts it, it’s a song that really does build a little room in time.

Having spent ten years coming to terms with himself, David Berman has brought us all up to speed with where he’s at. There’s not a trace of radiated anger to be found during its 45 minutes. Instead, Purple Mountains is a project born of perspective and circumspection, not self-indulgence or score-settling. It may not be the 2019’s easiest listen, but it’s certainly its most honest, and one of the year’s most rewarding.