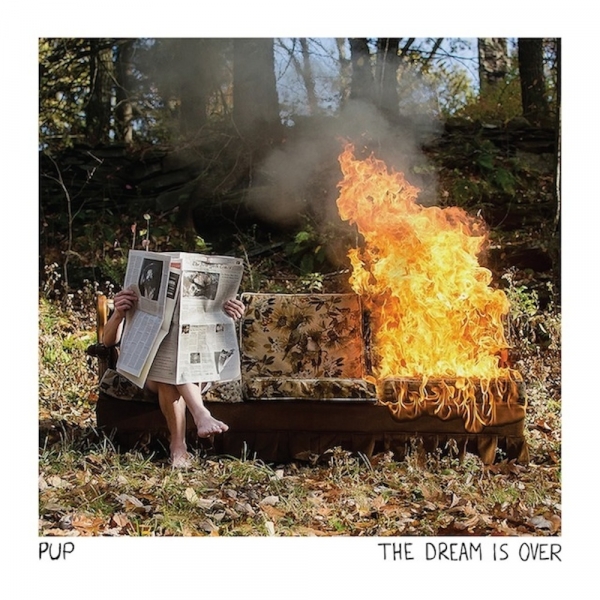 It hasn’t been an easy journey for PUP. After facing down the possibility that their dream was well and truly over when their frontman suffered vocal cord damage following months on the road, the band have dragged themselves from the edge of uncertainty.

“Nothing’s working and the future’s looking bleak,” Stefan Babcock snarls on lead album track “DVP”. Having found themselves with their backs against the wall, The Dream Is Over is the sound of a band fighting with everything they have left – and they’ve never sounded more alive.

If their self-titled debut was where the Toronto punks forged their identity, then The Dream Is Over is them kicking, screaming, and demanding that stand up in the world. They’ve been down, and they’ve been out, but as the lyrics on ‘Doubts’ echo, “what’s left to lose?” Raging against themselves, each other, and the world around them, PUP restore life to the dream they still believe in, delivering it with such force it’s nigh on impossible not to keep that faith alive.

Giving voice to their every ounce of discontent on “Can’t Win” and seething against seemingly everything on “Familiar Patterns”, the band address their knocks, scrapes, and bruises, building them into a part of who they are. Even through the slower numbers – like the nostalgic wonderings of “Pine Point” – their words are rooted in a sense of cynicism.

Turning toxic insults and twisted hatred into a rousing sing along on opening track “If This Tour Doesn’t Kill You, I Will”, the four-piece are playing with fire, and the energy with which they tear through pent up frustrations on “Old Wounds” is frankly exhausting. But fuelled by a determination so bright it’s blinding, the band flood ambition with exhilaration.

Turning it up to eleven, PUP’s second album is a tongue-in-cheek rampage through everything that matters. The dream might not be what they thought it would be, but when they’re capable of a record as unrelenting as this one, then it’s certainly not over.