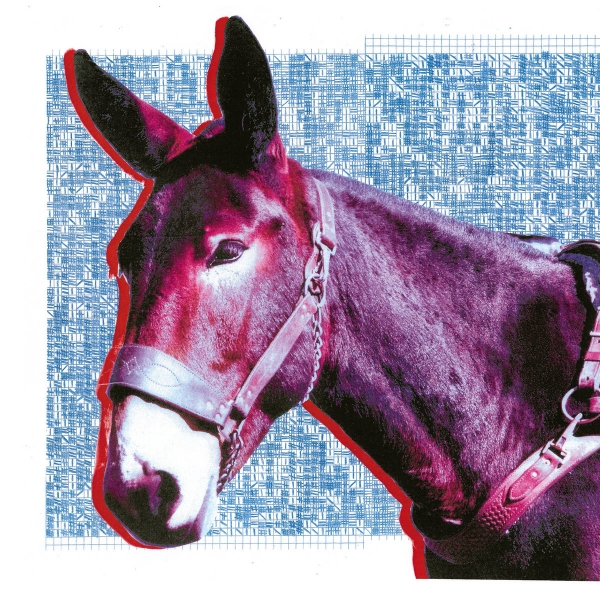 ​​The world is sick, and Protomartyrs Joe Casey knows it.

It is not some pandemic or covert virus, it goes far deeper than that. Communicated via TV screens beaming their images into our homes and delivered via pinging notifications into the palms of our hands the news is becoming more absurd, upsetting and soul-numbing by the second. It is a sickness of intolerance and greed, imbalance and corruption. And it is a sickness Casey cannot shake. On his bands fifth album, Ultimate Success Today, he spits with a venomous tirade at the things destroying us that we are powerless to change.

Protomartyr have been chiselled over the years into a powerhouse of mechanically militant intuitiveness. Their caustic post-punk, characterized by metallic guitars, thunderclap bass lines and Casey’s voice that veers from impassioned proclamations to desperate slurs, mask his dense lyricism as barroom revelry. On opener “Day Without End” staring unflinchingly into the “dawning of the day without end / when fear steps into light”, Greg Ahee (guitars), Alex Leonard (drums), and Scott Davidson (bass) lock themselves into a dizzying frenzy, while newly added flourishes of sax scrape like hands on the bomb shelter door. Having always dwelled in shades of dystopia, the bleakly lit world they defined on The Agent Intellect and seemingly mastered on Relatives in Descent has been expanded upon again on Ultimate Success Today. It would appear that the band cannot help but one-up themselves.

Bludgeoning your senses before settling deep within your skin, the breathless “Michigan Hammers” and frantic howl of “Tranquilizer” are incendiary. In fact, the band’s existential nihilism reaches new heights on Ultimate Success Today. Keenly focussed on unveiling the menace that will bring us to our knees eventually, and the questions it will make us ask about our lives. “The past is full of dead men / The future is a cruelty / Resign yourself” (“Modern Business Hymns”).

On the haunted punk ballad of album closer “Worm In Heaven” Protomartyr have given one of their finest moments. It is a song in search of a place in this world while we are here, with one eye on what comes after. Caseys often abrasive voice becomes a shoulder of comfort as he delivers one of his most bittersweet sentiments “I wish you well, I do / May you find peace in this world / And when it's over / Dissolve without pain.” It is in aching contrast to the closing lines that question whether our time here matters at all. “I exist, I did / I was here / I was / or Never was.”

These, in fact, do feel like end times. Times of tough questions and inward glances, where the macro and micro environments we occupy are as critical as each other and slight imbalances are met with destruction. It is reassuring then to know that through it all Protomartyr lurch relentlessly forwards. Ultimate Success Today has the power of an exorcism, and even if it is not a cure for the sickness, it is somewhere to hide in these dark times.